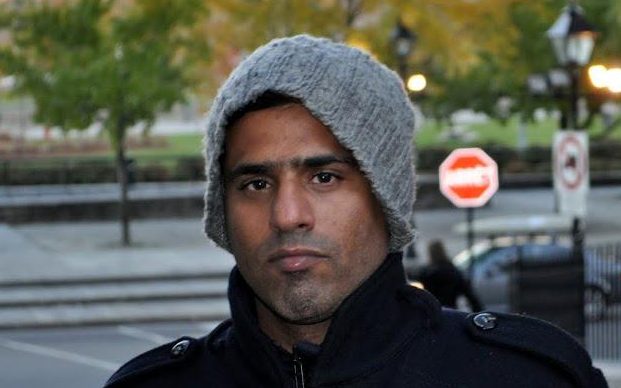 Millionaire businessman, Sammy Almahri has been jailed for 17 years for the murder of his online date.

And due to the long-distance (Aburas was from Cardiff and Almahri was based in New York), it was said the two had regular contact through text, Skype and telephone and even met on a few occasions in 2013.

However, in the summer of 2014, Aburas flew to New York to see the businessman, and during her trip she is said to have contacted police to inform them Almahri had raped her and tried to strangle her.

During their relationship, Almahri is also said to have threatened to share naked photographs of Aburas on Facebook and he even sent her intimidating messages, including some about her having been seeing other men.

On New Years Eve 2014, Aburas was found dead in a Cardiff hotel room by staff at the Future Inn, where Almahri had been staying.

The court heard that Almahri had been drinking heavily that night, before he strangled Aburas, washed her body and made the scene look like she had taken her own life – he is even said to have faked a suicide note from her.

Almahri then hung a “do not disturb” sign on the hotel room door, before fleeing to board a flight to Qatar from Heathrow airport, the court heard.

He was gone by the time Aburas’ body was found.

However, Almahri was later found in Tanzania on 19th January, where he was arrested and bought back to Britain.

The prosecuting team said Almahri admitted to killing the 28-year-old, but claimed diminished responsibility, saying he “heard the voice of god telling him to kill.”

However, Mrs Justice Nicola Davies said in court: “You showed both jealously and possessiveness of Nadine. I am satisfied that your killing of Nadine was prompted by jealousy and anger.

“Her death has left a huge void in the lives of all the family that can never be replaced.

“By taking Nadine, her mother says you have taken the glue that made them a family.

“Your actions will impact upon Nadine’s family for the rest of their lives, their loss is immeasurable.”

Almahri has now been sentenced to 17 years in prison.