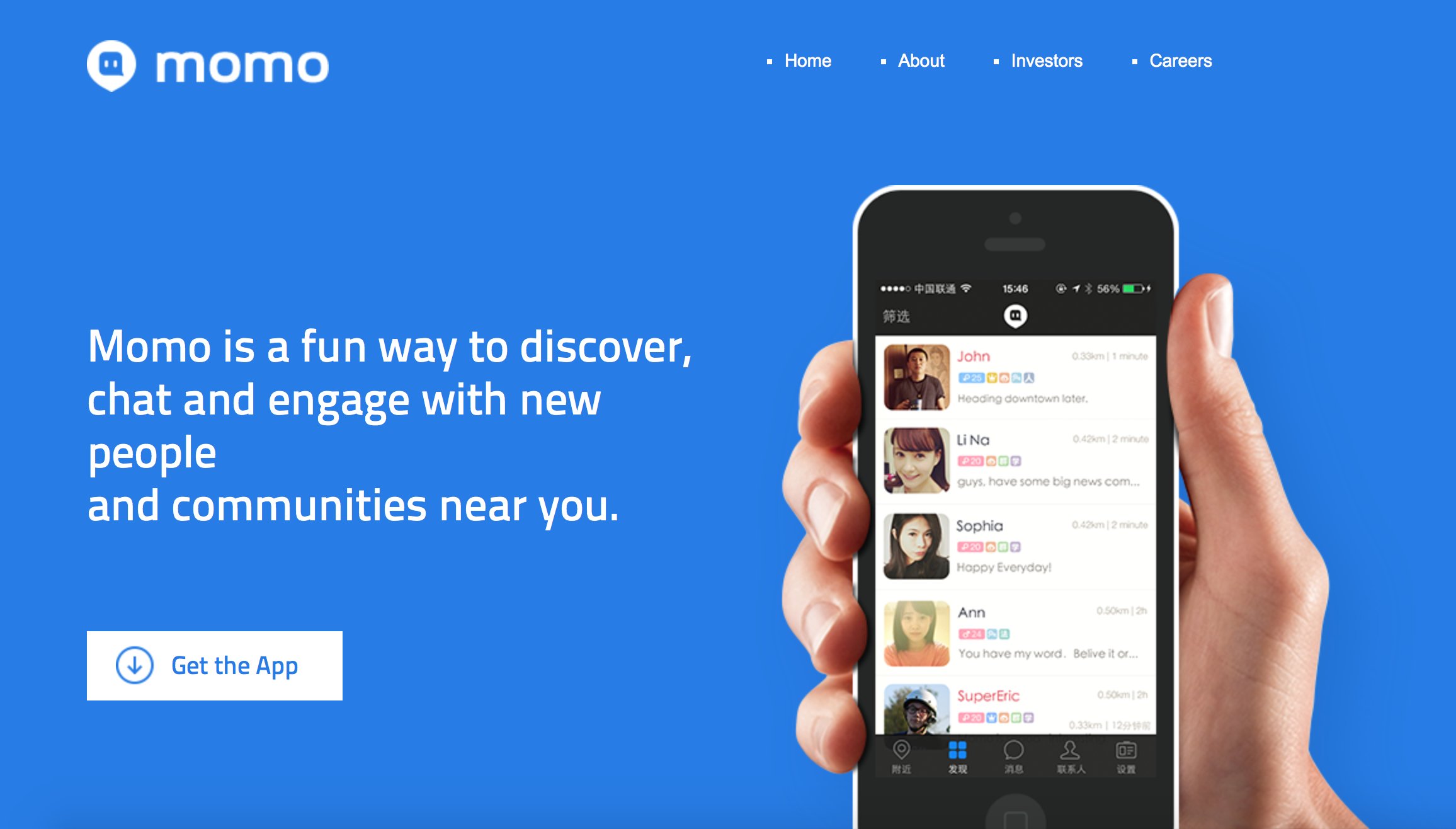 Momo’s revenue growth shows no signs of stopping, the Chinese tech business seeing a 524% year over year revenue increase with its Q4 results.

Paying users have continued to increase, rising from 1.3m in Q2 to 2.6m in Q3, Momo ending the year with 3.5m paying members.

However in Q4, unlike previous quarters, Momo also saw a significant MAU increase, the figure growing from 77.4m in Q3 to 81.1m in Q4.

Momo CEO and Chairman Yan Tang said: “The fourth quarter of 2016 was a mile-stone quarter for our team, capping off a great year of 2016. Our total revenues and net income continue to hit new record highs.

“More importantly, I am happy to see that after four consecutive quarters of steady rebound, our MAU has already exceeded its historical peak level back in early 2015. In addition to the growth in user scale, 2016 was also a year where we saw meaningful improvement in user engagement.

“All of these shows that by optimizing the existing social experience and introducing new social and entertainment use cases, Momo is on the right track to become a larger and stronger community for users to socialize and have fun.”

The year over year increase was driven by the growth of membership subscription revenues, with more members buying Momo’s premium VIP package, and the increase of virtual gift service revenues.

Last month, GDI named Yan Tang in its list of the most influential people in the online dating industry, which you can download for free below: