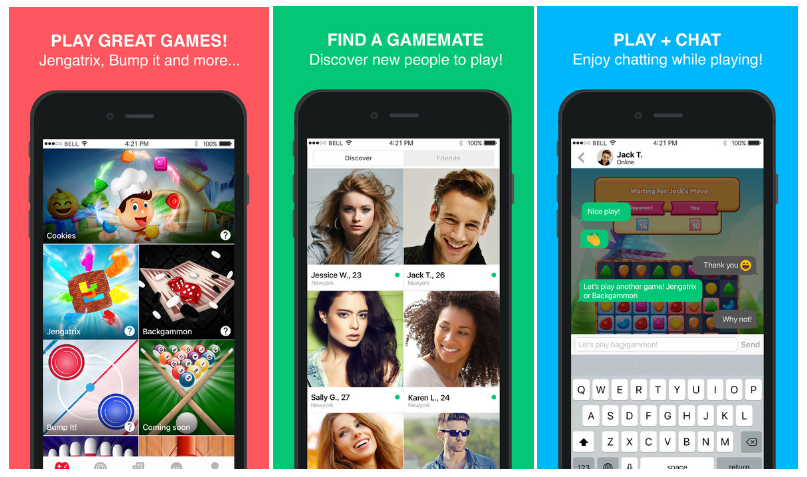 A new app called Moove from the team behind Waplog wants to bridge the gap between gaming and social connections with mini two-player games.

Moove is a new social networking app that lets users play mini games together, while simultaneously getting to know one another with its in-app chat system.

The mobile product, now available on both iOS and Android, offers users a series of turn-based mini games playable by two people.

Moove, which has so far generated over 100,000 downloads on the Google Play Store, currently offers Jengatrix, Bump it, Cookies and Backgammon, but is working on other turn-based games like 8-ball, bowling and basketball.

Displayed in a grid-style format, profiles show a person’s picture, age and how far away they are – along with level and game statistics – and can be filtered by location, activity and online availability.

To play, users simply choose a partner and a game, and can start chatting with their partner when the game begins.

Users of Moove can also build up xp points and increase their level by playing more games and beating their opponents.

And with 100,000 downloads already on Android, the social gaming app has now been launched on iOS.

Moove was created by the same team behind social dating platform Waplog, which last year hit the milestone of 40m users.

See how Moove works below: