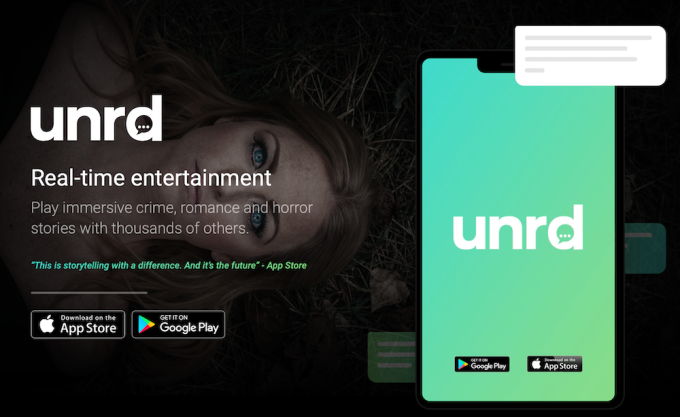 The programme focuses on the dating phenomenon ‘ghosting’, a position of reading a message from a potential love interest and then failing to reply.

Starting on 16th November, the app will feature a version of ‘Ghosted’ that is scripted, as users explore characters’ text messages, photos and video calls to discover why they’ve been ghosted. They’ll even get to vote on whether the characters should ‘ghost’ or ‘make up’ before they see the stories’ ending (their votes won’t affect the outcome).

MTV Head of Digital Rory Brown told TechCrunch: “This is the first time they’ve partnered with an already established IP, but that didn’t scare us at all, to be that first media partner that they worked with.

“There was a strong point of view on our side of the house how to keep it true to the existed format, while the Unrd team helped us reimagine it, and our collaboration met in the middle of that Venn diagram.”

He also said that he wanted to work on an interactive version of the popular show to create a more immersive user experience.

Unrd will feature three stories tied to ‘Ghosted’, each of them unfolding over six days.