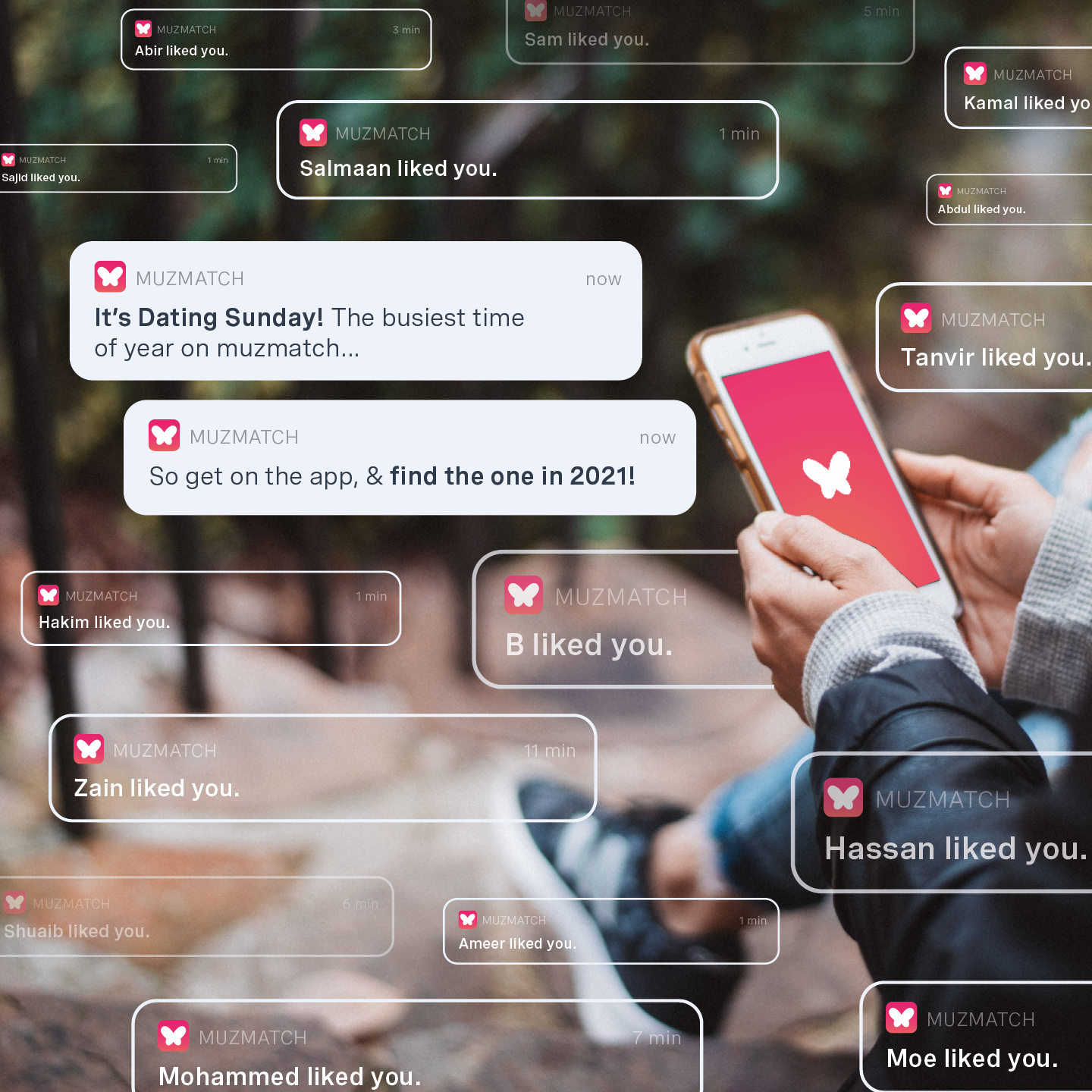 muzmatch has released data showing how it saw an increasing usage rate over December and through to ‘Dating Sunday’.

The first week of the new year broke all of the app’s personal records with the number of swipes, matches and messages increasing by approximately one-third each. It now has over 3.5 million members and has seen downloads increase by 10% in 2021.

While the first Sunday of January is annually seen by the whole industry as the busiest day for activity, muzmatch also surpassed internal records for December. This could be due to the increased number of people spending the Christmas period by themselves and looking for more social interaction on the app.

Founder and CEO Shahzad Younas explained in a statement: “Dating Sunday has been massive for muzmatch, as we’ve broken all time records a few weeks earlier in December. We broke our internal records for the number of messages, photos, videos, voice notes sent by our members.

“This is staggering and I’m incredibly proud of the team and all the effort that has gone into achieving these results. We can’t wait to show our members what’s in store for 2021 and, if Dating Sunday is anything to go by, it’s going to be another stellar year.”

muzmatch released a number of new features over the past year to keep its community connected through the virtual dating trend. This included the popular live video calling, which saw over 15 years worth of calls taking place as of November, as well as audio notes and video messages.

It also introduced an automatic nude image detection tool to flag potentially inappropriate pictures so the recipient could delete and report without needing to look at it.