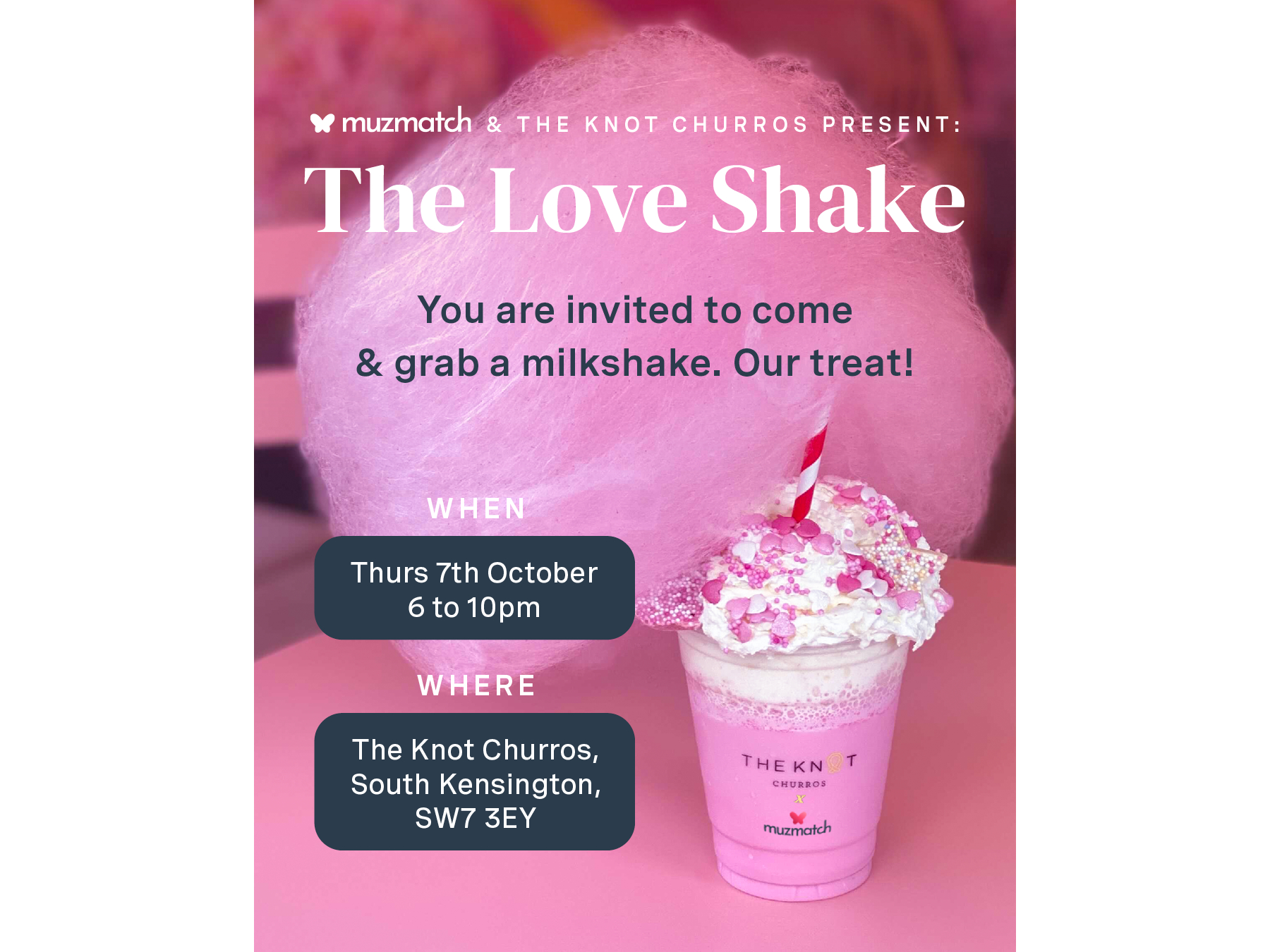 muzmatch is hosting its first popup cafe in London on Thursday evening. The dating app is inviting young single Muslims from the city to socialise and potentially find a new match.

‘The Love Shake’ event is being hosted at ‘The Knot Churros’ in South Kensington from 6pm until 10pm. muzmatch users can show their dating profiles on arrival in exchange for a free milkshake.

muzmatch Founder & CEO Shahzad Younas said in a statement: “Our members have been asking us to kick off muzmatch events – and we’re keen to help single muslims meet up in real life – not just online!

“With a free custom muzmatch milkshake at the aptly named The Knot Churros…what better way to help bring those sparks to life!”

Offline singles events were becoming increasingly popular before the pandemic, offering daters a way to meet and immediately connect with others in their community. Now, after 18 months away, more events are being held again as vaccine rollouts progress.

Bumble announced it was opening a permanent cafe, restaurant and wine bar venue in New York City this summer. However, the launch was indefinitely postponed due to construction issues.

muzmatch released a variety of features over the past year to help its members stay connected during global lockdowns. This included voice and video calling, which offered extra levels of protection for female users, as well as voice and video notes.

It also added an obscene image detection feature to prevent unsolicited nude pictures from being sent in the app.