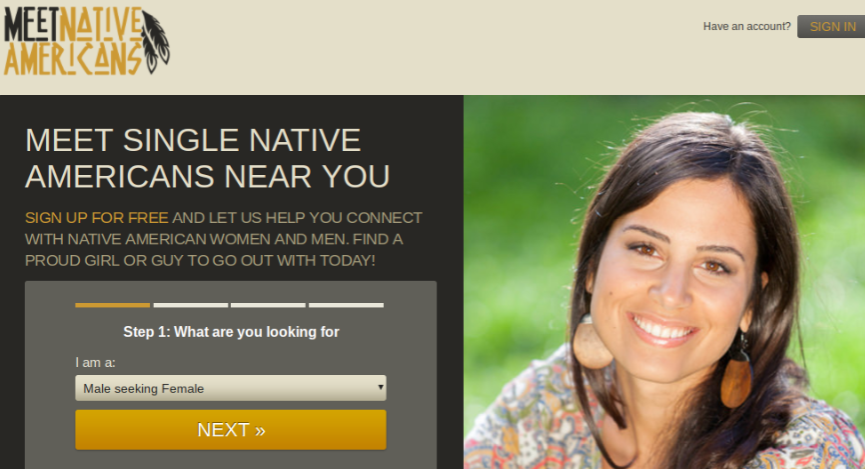 MeetNativeAmericans.com is a new, secure dating site seeking to make connections in the Native American community.

In a press release, the company has stated that Native Americans “are still being mistreated, harassed, and mocked simply because of their origin and the color of their skin.”

This, the press release claims, can make dating extremely difficult for members of the minority.

Data from the US Census Bureau shows that there are currently more than 6.6 million American Indians & Alaskan Natives.

This number may be over 10 million by 2060 if current demographic trends continue.

The app will allow Natives to contact one another from anywhere in the country, as the Native American population is extremely dispersed within the United States.

The press release states that users feel the app “provides them with a lovely opportunity to talk and chat with other singles without worrying about mockery and bullying.

Here, they can discuss their heritage and traditions, and they can truly be themselves”.
Check out the app here.