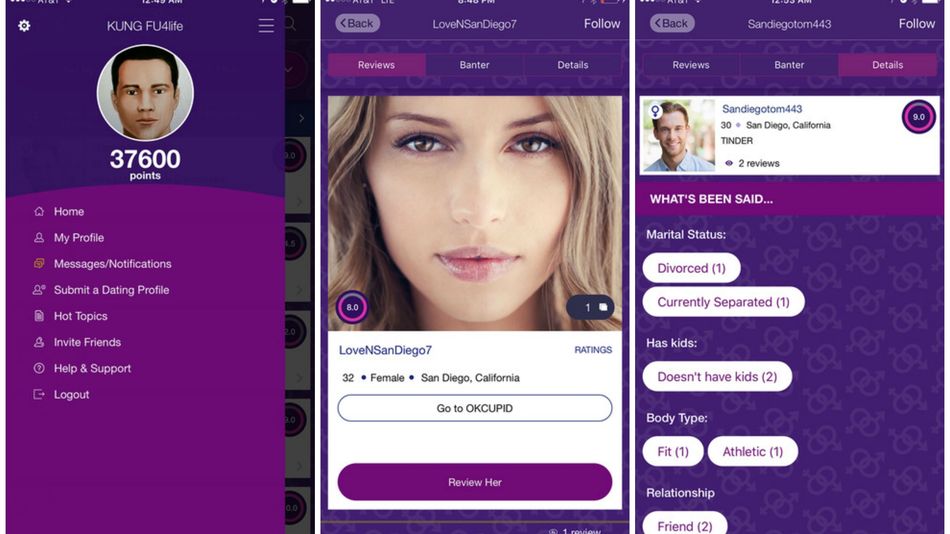 With more people turning to the online space to find dates, and concerns about online safety a persistent worry, a new third-party app called Stroovy wants to help singles by giving them the chance to rate other online daters.

It aims to do this by creating a community-orientated space where users can post reviews of other online daters, so singles can search and “vet” any people they might be chatting to.

The idea for the app stemmed from the online dating experiences of the app’s co-founders Rebecca Isner & Quinn Early.

Isner, who has 25 years management experience, and Early, a former NFL wide receiver decided something needed to be done to put a stop to the rude, obnoxious messages people receive online, as well as the much more serious dangers singles can face.

Co-founder Quinn Early said: “Currently, there is no regulation to vet people on dating sites. Online dating can be a great way to meet people but there are pitfalls.

“According to research, 50% of all people that date online are in relationships or are married. 80% of people who date online lie on their profile in some way.

“Also, 1 in 10 sexual predators are online looking for their next victim. That’s 74,000 sex offenders that are on dating sites. Stroovy will improve the state of online dating by helping people authenticate a potential date before they meet them.”

The app works by allowing Stroovy users to write reviews on anyone they know to be using online dating platforms.

All reviewers have to do is state the name of the person they want to review and how they know them.

Other online daters can search for their matches using a username, the dating site they use or by uploading a photograph.

The app does not use an opt-in system, and is not reliant on accessing the databases of any dating sites, meaning that anyone can be reviewed on the app, even without their knowing.

Co-founder Early said: “Stroovy doesn’t have access to dating site databases. We have a list of just about every dating site. If a particular dating site isn’t in our database you can currently list other.

“We update our list of dating sites as new platforms become available. All of our content is user generated.”

When asked about the kind of comments users can leave, the co-founder acknowledged that people can write anything about anyone on the app, saying: “We encourage our users to keep the reviews positive but we also want them to be honest about their online dating experiences.

“We have very strict terms and conditions that encourage our users to be as honest and accurate as possible.

“There is a disclaimer that must be agreed to in order to submit a review each and every time. We do realize that human nature is a factor and that some people will be less than cordial.

“We do try and mitigate negative behavior with filters that don’t allow profanity or nudity and all reviews are moderated for bullying or abusive language.”

In addition to this, users are also “welcome” to write reviews about themselves, as the app has a “self” option in the relationship drop down.

“We encourage people to get family, friends and even exes to write a positive review for them as well. Our goal is to be able to get a complete picture of a potential dater,” Early said.

Although Stroovy is a rating platform, the company has assured it is not simply a copycat of the controversial app Lulu.

Lulu was a male-rating app that encouraged women to rate men they knew on a scale of 0-10.

The decision to launch Lulu in the UK last year caused quite an uproar, with many voicing concerns about the nature of the app and even protesting to have it removed from the App Store.

Earlier this year, Lulu was bought by Badoo and turned into a more straightforward online dating app.

Asked about Lulu and how Stroovy is different, Early said: “Our goal is to create an online dating community where one doesn’t currently exist, by helping people to make better-informed choices about who they spend their time with.

“We spend more time researching our next toaster than we do a potential mate. We believe in the golden rule. Unlike Lulu, our app is inclusive, our users are aged between 18 and 80, and not just women.”

In the coming months, the app aims to build an Android version and launch in more English-speaking markets, as well as releasing a number of new features.

Stroovy was released on 21st March this year and is currently available in the App Store here.

With concerns over online safety growing, more and more apps are including verification features to make their users feel safer.

Companies are starting to bring in measures that give users peace of mind about who they are talking to, whether that be through a rating system, verifying their profile with a selfie, or by introducing video features.

Here at GDI we want to know what online dating platforms are doing in terms of online verification, and are hosting a Twitter Chat using the hashtag #GDIChats at 4pm today.

All you have to do is type #GDIChats into the search bar on Twitter to see what others are saying and then get involved by using the same hashtag in your tweets.

The chat is opening at 4pm, so head over to Twitter and have your say!