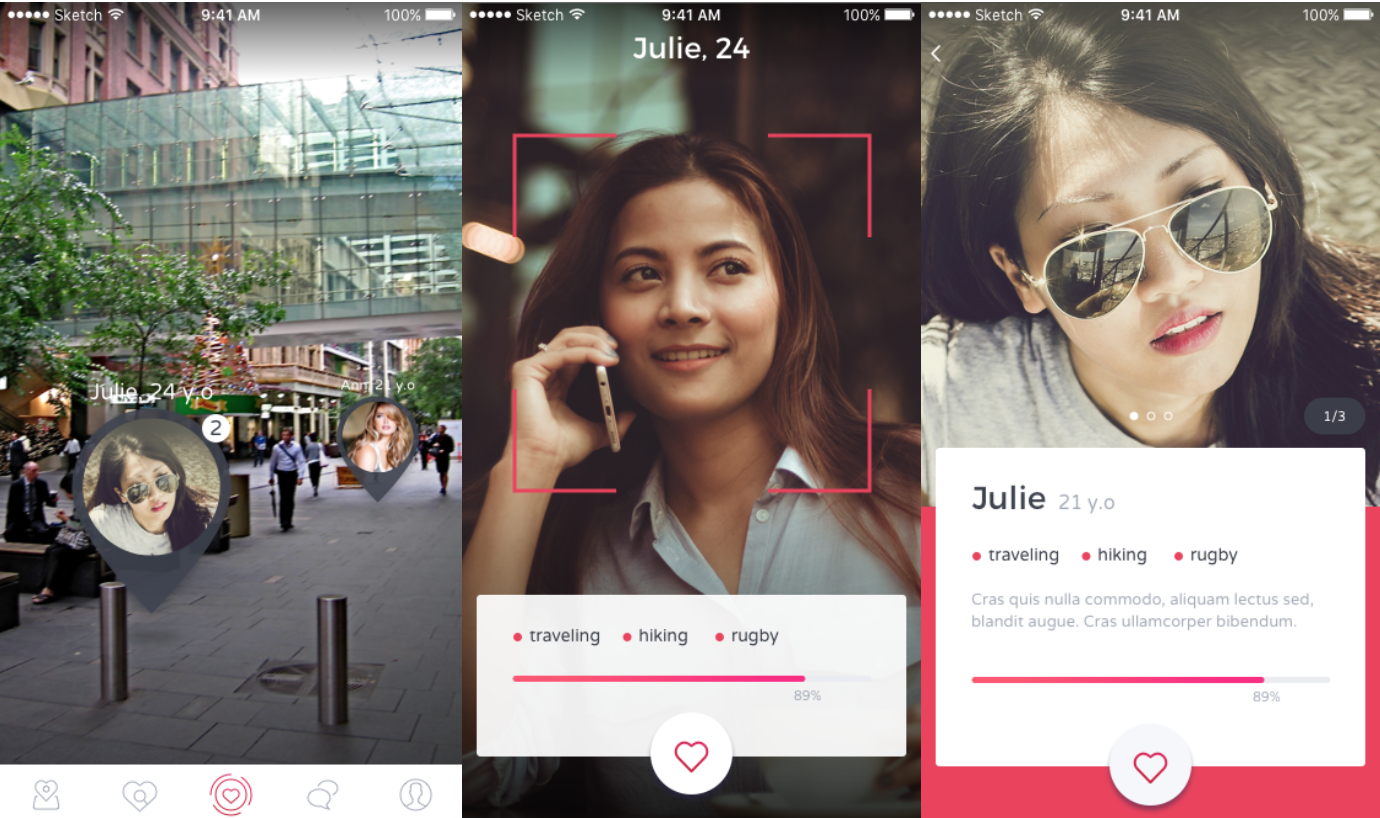 One of the first dating apps to harness augmented reality technology has just raised $1.5m in funding.

FlirtAR this week announced it had raised the $1.5m Series A seed round from angels and unnamed investors.

It works like this – after downloading and opening the augmented reality app, the dating service will show you which people in the real world have profiles on the app.

If that user has configured their profile and permissions to allow them to be seen, FlirtAR will show that person’s profile pin on the AR-powered screen.

When clicked, it shows their compatibility rating, along with their name, age, interests, and a short bio.

If you register your interest, they get a notification, and if they accept, you can strike up a conversation. Godinho said: “People waste lots of time with traditional dating apps. They spend hours and hours of their valuable time looking for someone they never meet.

“Then when they do see those people in the real world, often the profiles and the real person don’t match up at all.

“Traditional dating apps require a heavy investment of time and effort, all before you actually see the person in real life. FlirtAR technology saves time and money by allowing people to meet organically, in the real world, and in real time.”

Privacy is obviously a massive issue for an app like this, and FlirtAR said it has put systems in place to ensure user safety.

This includes that the app will never show a profile to an unregistered user, and every member must both log into the app via a social network, and go through a double-verification process to validate their profile and personal information.

FlirtAR said “one of our top priorities is the complete elimination and absence of fake profiles”.

You can also use the app in invisible mode, which allows you to browse the profiles of others, but not be visible to them. Speaking about its latest funding round, which closed on 26th August, Godinho said: “We finished the seed round just the way we had originally envisioned and planned by leveraging our friends who share the same values and passions, and that trust us.

“We have many external investors looking for the opportunity to invest in us, but we want to keep the doors open for the next rounds. We also had the privilege of presenting our project to some of the greatest Silicon Valley VC’s, which will facilitate future engagements.”

Development for the AR dating app began in March 2017, and the company said the app will be available to download for iOS on September 30th, and Android on October 30th.

Find out more about the forthcoming dating app here.