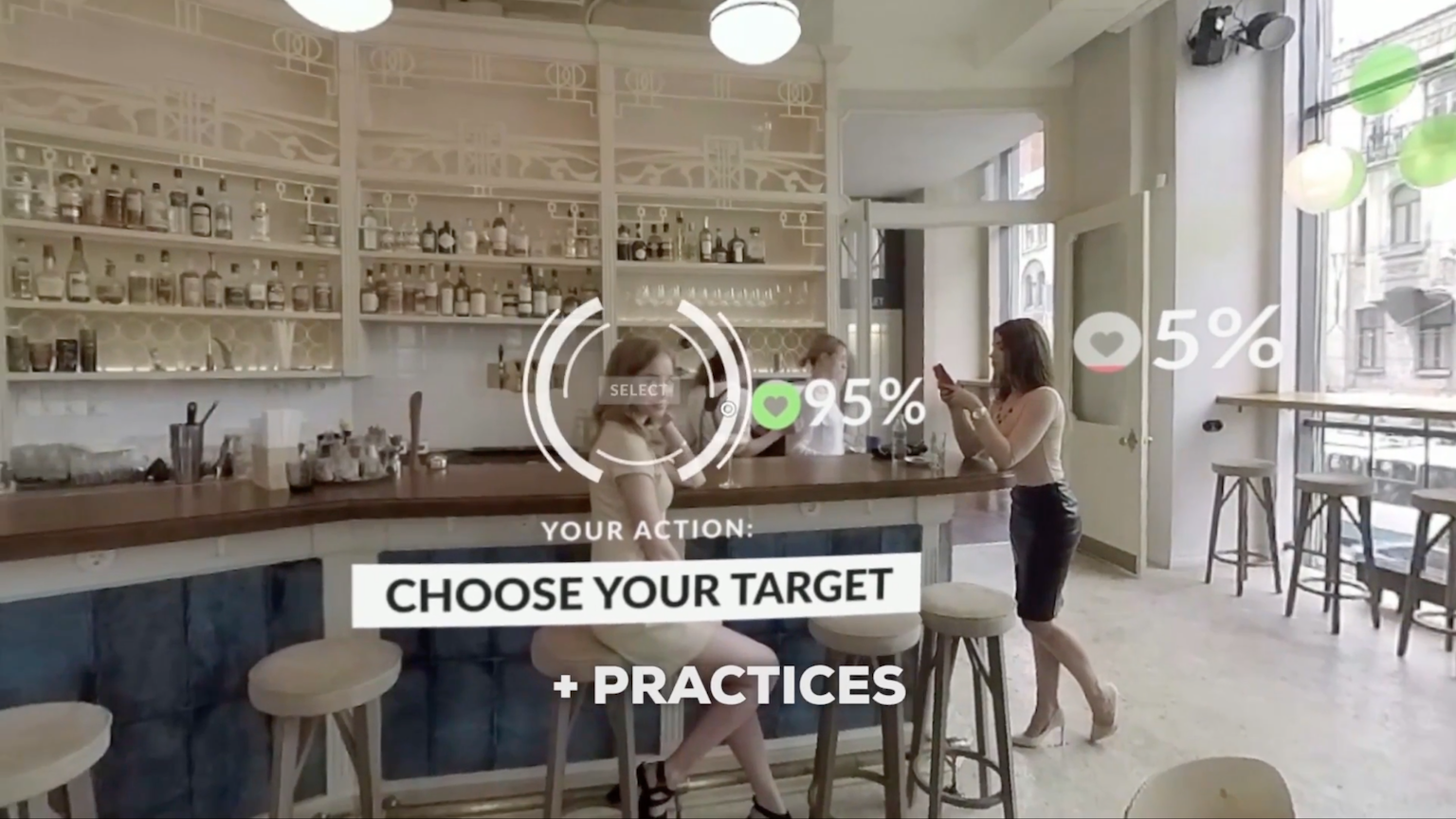 A new VR app that teaches men how to pick up women has come under fire for the advice it gives to single men.

Dating Lessons is a program for VR headsets that is designed to teach men “how to boost confidence and overcome shyness when meeting a woman.”

The virtual reality course offers 12 lessons and eight practical interactive sessions to give men the “tools to enhance their power of attraction” and develop “behaviour patterns that women find irresistible.”

Dating Lessons is presented by Miami-based dating coach Magic Leone, who said: “It is as close as it gets to reality. You actually will be talking to women in real time.

“And when you practise in such almost real life situations, it is so much easier to take that skillset, go out and conquer any woman’s heart.”

However the new app has come under fire for certain parts of the program, which asks users to “choose a target” and gives advice on certain “touching techniques” to use.

One game designer, Jennifer Scheurle, said the game was “harmful and offensive” on Twitter.

Really struggling with @CEREVRUMinc #VR dating game – SpeechCenterVR was a useful tool, this one is just harmful and offensive.

Scheurle said: “We don’t need another experience making women into something to be conquered if only you follow the right steps – we are people.

“We are not “targets”. There are no “behaviour patterns women find irresistible”. There are better things to do than getting in our pants.

“VR is new and interesting, but has issues with image, especially around ethics as it has potential for abuse and lack of consent.”

Another user said it was “objectification in the truest sense of the word”, and reduced “women to trophies”.

@Spacekatgal @NtFloksy @Gaohmee Same – but this is objectification in the truest sense of the word. This is reducing women to trophies. pic.twitter.com/6Jt9nCOXSU

In response to the criticism, a spokesperson for Cerevrum said: “The app does not encourage any man to grope any woman.

“In the app’s functionality there is no option to “grope” a woman or touch her in any inappropriate way. Neither there are any calls to action to do so.”

Dating Lessons is available for all major VR headsets, including Gear VR, Oculus Rift, HTC Vive and Daydream, and costs £7.99.