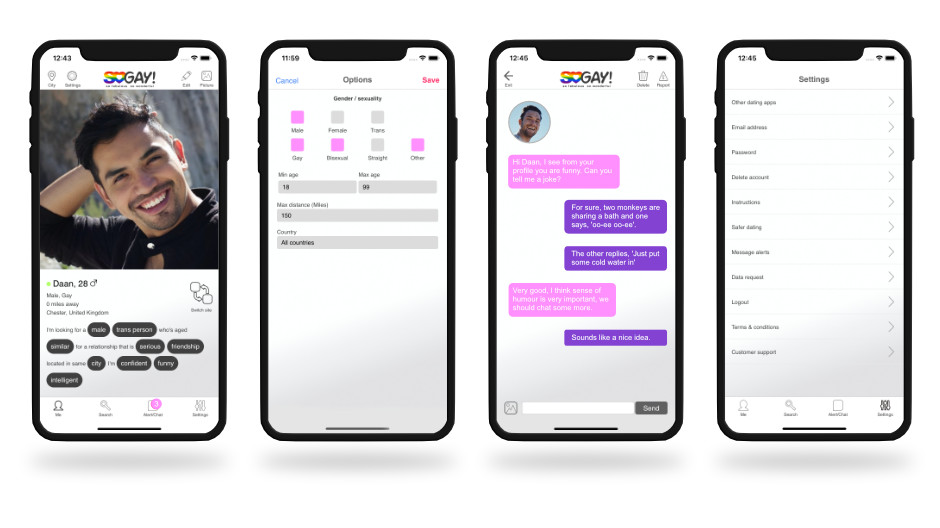 ‘So GAY!’ is the latest online dating offering from David Minns, one of the industry’s leading experts and entrepreneurs.

This new release is designed to be a product for gay men to look for serious relationships, rather than just hookups or one-night-stands.

The app is Minns’ second release for the LGBTQ community after ‘Butterfly’, an app for transgender dating. However, he has revealed that a third one is due to come out in the next few months.

He’s hoping that ‘So GAY!’ will help the phrase become a positive expression of empowerment and affection. In recent times ‘so gay’ has been a widely-used slang term to refer to something or someone in a negative way.

Minns told Global Dating Insights: “I chose a product name that is often used as a negative phrase with the aim to make it positive and empowering.

“My in-house dating technology is built with privacy in mind and it seemed ideal to make a dating product for a community that has seen a number of data issues. So GAY! aims to bring together people interested in a serious relationship, rather than a hookup.”

All of the apps are held under the dating company DM CUBED, which made headlines around the world following the launch of two services. ‘Big One’ and ‘Dinky One’ are respectively aimed at men with above-average and below-average penis sizes.

Listen to Minns’ recent appearance on The GDI Podcast to learn more about how he creates a variety of dating apps completely by himself.