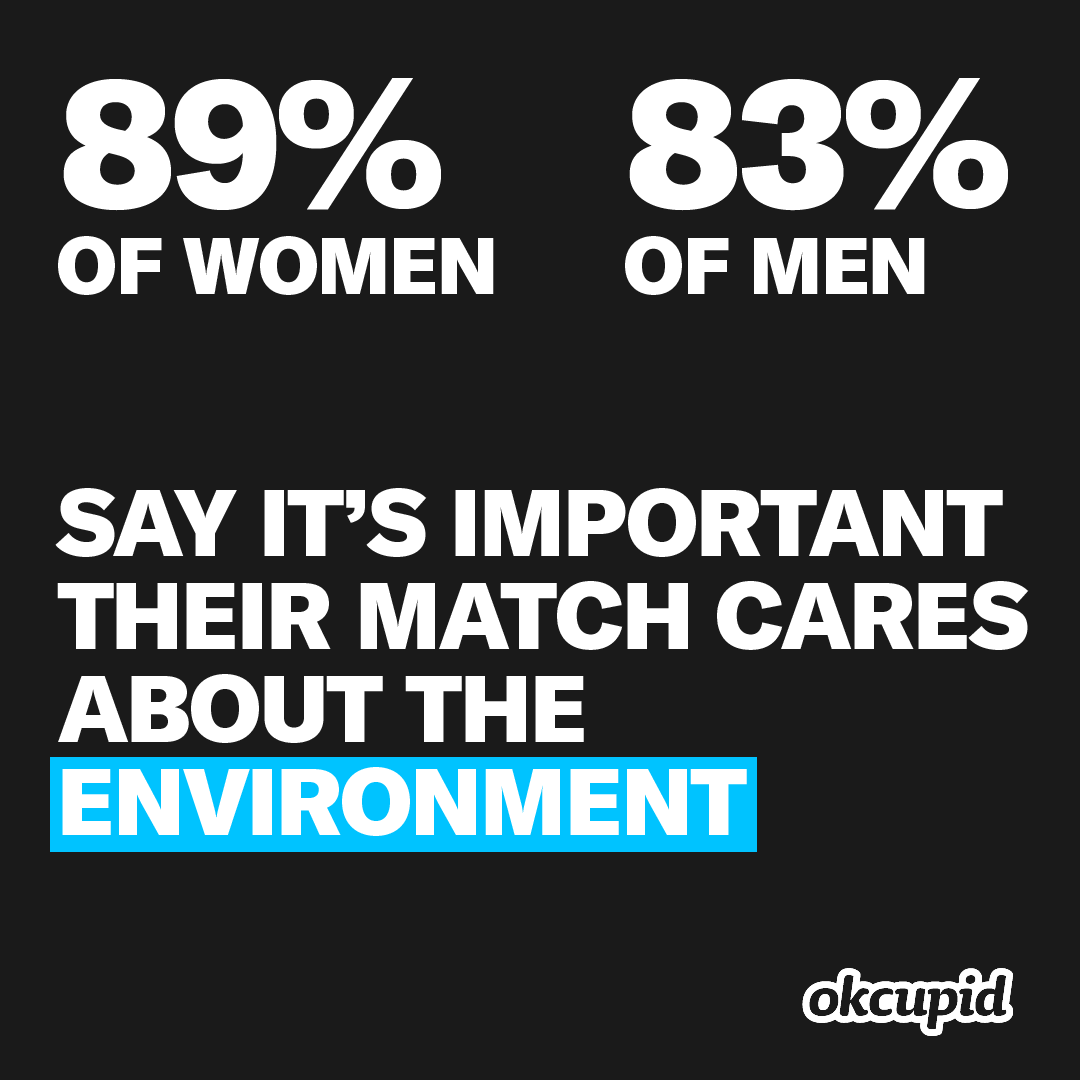 OkCupid has added a ‘Climate Change Advocate Profile Badge’ after the majority of users stated that caring about the environment is an important trait they’re looking for in potential matches.

The release of the badges coincides with the beginning of Earth Month in the run-up to Earth Day on the 22nd April.

Singles who answer ‘Yes’ to the question ‘Do you want a profile badge to show you care about climate change?’ will receive the icon and also get added to a special ‘Stack’. This is a collection of profiles so fellow environmental advocates can easily find each other.

OkCupid has committed to donating $1 for every profile that adds the badge throughout the month. A maximum of $25,000 will be donated to EarthDay.org, a charitable organisation and the world’s largest recruiter to the environmental movement.

Approximately 90% of OkCupid users say it is important that their matches care about the environment and millions have already opted to add the badge to their profile.

The issue is especially prevalent among young daters and is something that they’re really connecting over. According to data from OkCupid, singles who openly believe that climate change is real receive 56% more likes than those who don’t.

The Match Group-owned dating platform has a history of promoting social issues that its community cares about. This recently includes badges for the Black Lives Matter movement and the US Presidential election.

Climate change appears to be one of the issues that men and women agree on the most, much more than gun control and gender equality. 89% of women and 83% of men say it’s important that their partner cares about the environment.