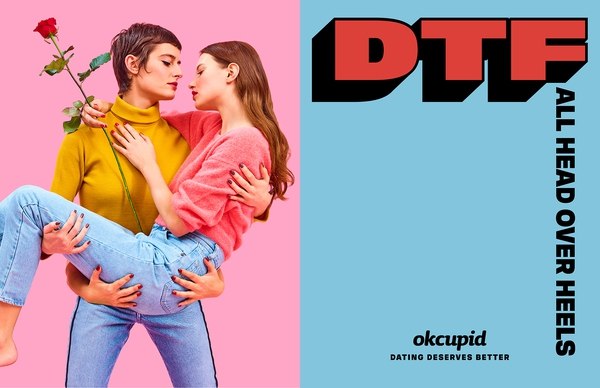 OKCupid’s controversial DTF campaign has been banned by some local ad agencies in Chicago.

Following positive reactions to the adverts from citizens in New York City, plans were made to launch in Chicago. However, the Chicago Transit Authority (CTA), Chicago Peak District and O’Hare International Airport have banned OKC from displaying the billboards.

Part of the campaign was also rejected by Portland, Oregon in January.

OKCupid has been promoting its aim to creating meaningful relationships by attempting to rebrand the phrase DTF (Down to F***). The adverts represent alternative sayings, such as: “DTFall Head Over Heels”.

Melissa Hobley, a spokesperson for OKCupid, commented in The Chicago Reader: “We were surprised and disappointed that Chicago did not approve the DTF ads. DTF is a phrase that needs to be redefined. It’s a shame that the city isn’t helping us redefine this phrase.

“This campaign unashamedly reconfirms what we believe: that dating deserves better.”

O’Hare Airport told The Chicago Reader that it was looking into the matter.

Supporters for the campaign insist that the messages are protected by national free speech laws.