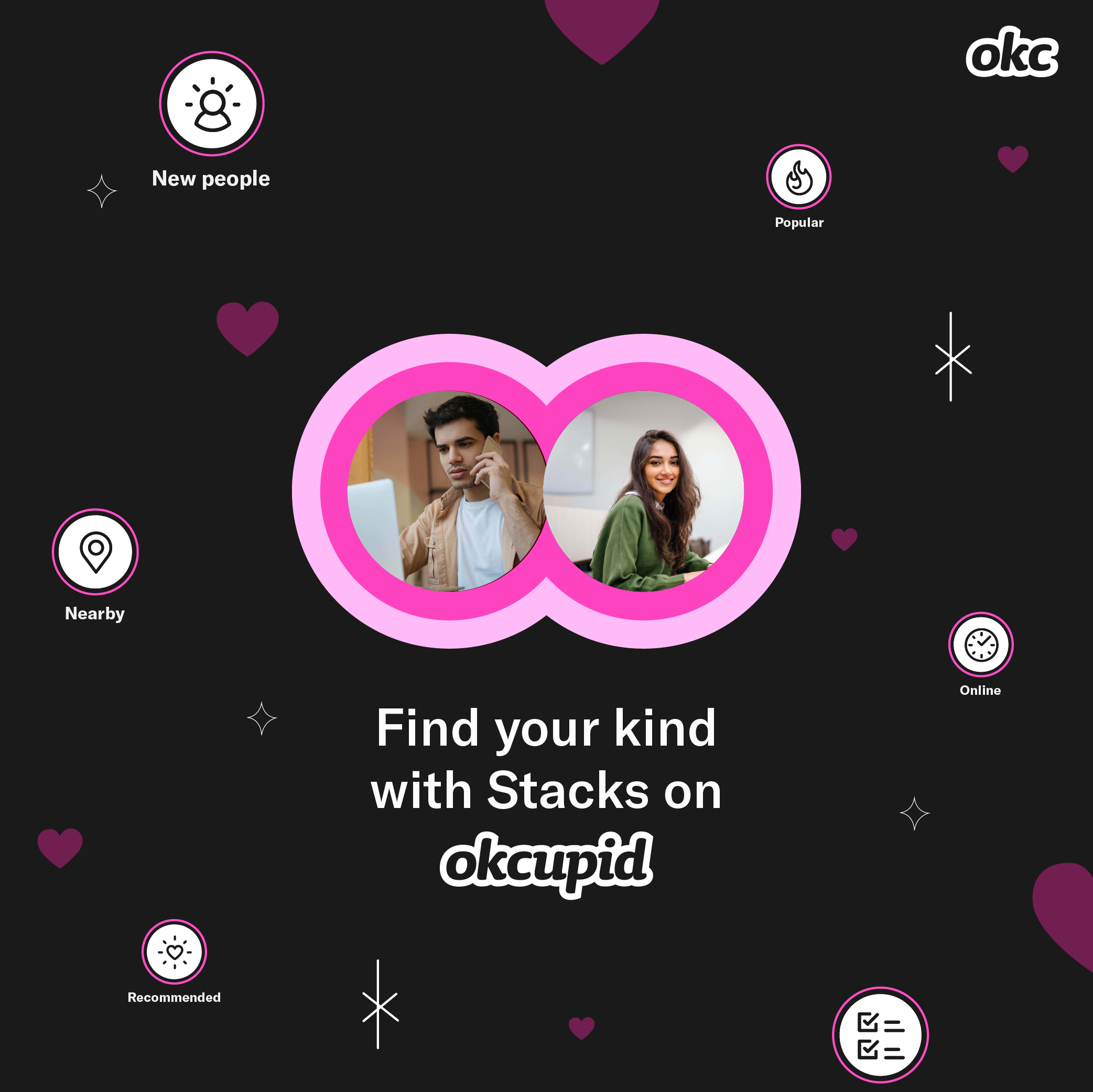 OkCupid has started to officially roll out its brand new ‘Stacks’ feature, which is being promoted as the app’s biggest global redesign in its history.

The update was first announced last month and is designed to make it easier for users to find what they’re looking for. Potential matches are consolidated into categories, or ‘Stacks’, so they can see what type of connections are available.

The free ‘Stacks’ include ‘Recommended’, ‘Online’, ‘Nearby’ and ‘Question Pros’, which features “higher intent daters” who answer more of the in-app questions and, therefore, are likely to be interested in a committed relationship.

There’s also two paid options called ‘New People’ and ‘Popular’. The ‘Match %’ Stack, which shows the probability of two users liking each other, should be “coming soon”.

OkCupid’s CEO Ariel Charytan said in a statement: “We know that daters are looking for different things at different times, and we want to empower people on OkCupid to choose their own preferences as they match on what matters to them.

“Over the years, we’ve spoken to millions of daters and successful couples, and through these conversations we learned that people want control over their own path.

“When creating ‘Stacks’ we aimed to put the power back into the hands of our daters. They’re in control, we just gave them the map to navigate their own dating and relationship journey.”

The Match Group-owned dating app avoided a potentially major data leak after researchers alerted it to a flaw in the main security systems.