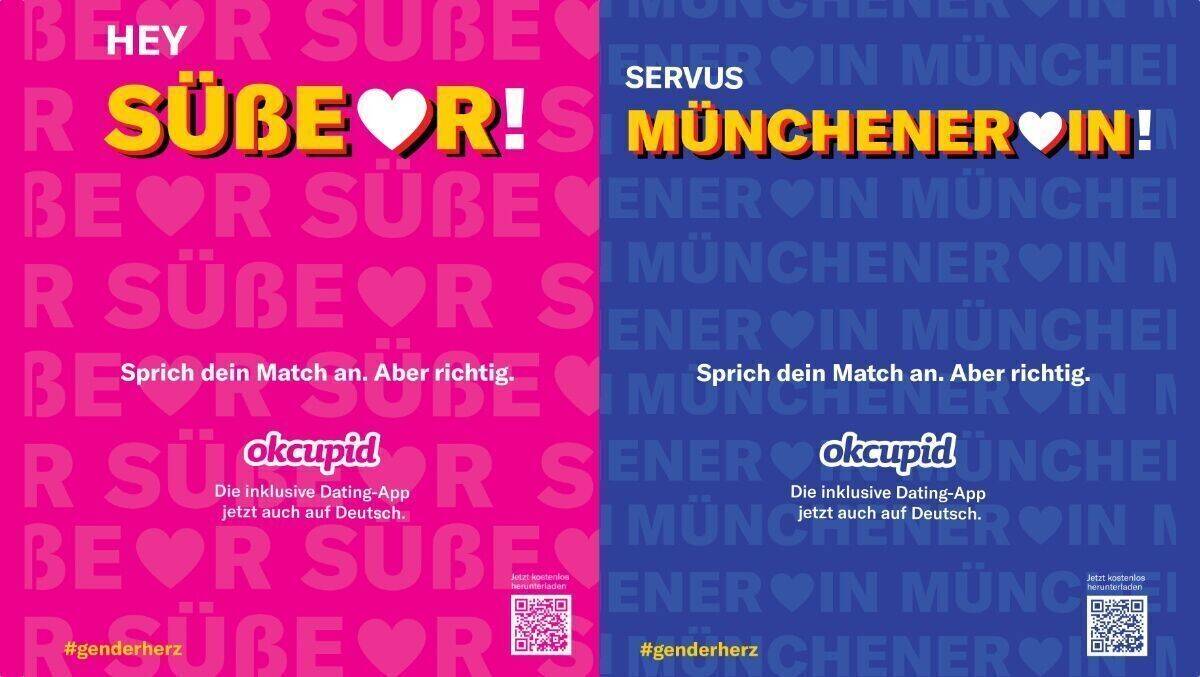 OkCupid has launched a German-language interface for the dating app. Previously, only Turkey had its own language version, with the rest of Europe operated off of the English interface.

It’s also revealed a new campaign to celebrate the gender neutral language it uses throughout the new update. Instead of the usual colon, such as in the word “partner: in”, a heart symbol is used.

In addition, OkCupid is working with influencers in Germany who reflect the diversity of the dating app. The platform now includes over 60 options for sexual orientation and gender.

Sonia Oblitey, Global Director of Marketing at OkCupid, told W&V: “Germany is a very important market for us. I am very pleased that the OkCupid app is now also available to our daters in Germany in their language.

“A common language in which both feel comfortable plays an essential role in finding the perfect match.

“From today the [heart symbol] will be integrated into OkCupid, because love knows no exclusion if we love each other from the heart.”