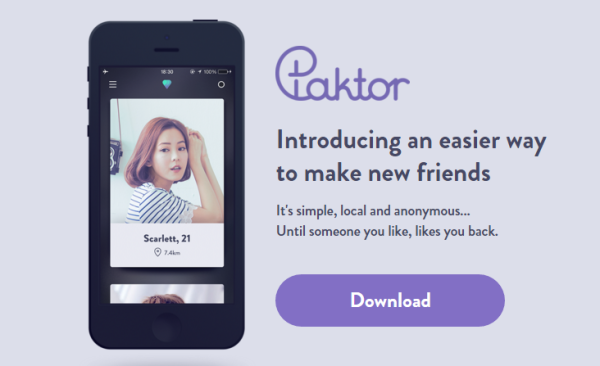 The new kit, which was unveiled yesterday at Facebook’s annual global developer conference F8, gives app users a way of registering with an email address or phone number, and without the need for a password.

And at its event in San Francisco this week, Facebook used the dating app as an example of how people can now use the Account Kit to sign into apps quickly and efficiently.

The Singapore-based app’s users will now be able to select “Account Kit” when signing up to the app, in addition to the now-standard Facebook account method. The tech giant said it supports SMS logins for over 230 countries & in more than 40 languages, and companies can use the Account Kit to send up to 100,000 SMS confirmations per month at no charge.

With regards to other advantages, Facebook said the new feature offers a customisable user interface, rich aggregated analytics to better understand your audience, as well as offering a backup Facebook account verification system via notifications.

This new way to sign into apps could be incredibly useful to dating apps all over the world – opening up a whole new section of potential users who don’t have a Facebook account, or who would prefer not to link their Facebook account with an app.

It will also enable apps to more easily onboard customers, by offering a simple SMS or email verification process to let them sign into new mobile apps.

And for Paktor it’s a huge coup being chosen as the dating app Facebook uses to demo the system, as well as getting exclusive early access to the new feature.

Speaking about the new system, Paktor CEO and co-founder, Joseph Phua – who is speaking at the GDI Amsterdam Conference in May – said: “Paktor is focused on embracing innovation and technology to bring simplicity and ease of use to singles.

“We are delighted to integrate this Facebook technology as we continue to set new industry standards.”

Since its launch in 2013, Paktor has grown to become the leading dating app across Southeast Asia and Taiwan, with 7m users making 15m matches a month.

Earlier today, we announced that CEO Joseph Phua will be filling the final speaker slot at the GDI Amsterdam Conference next month.

Phua has expertly led the app’s growth in a complex market, and will join the CEOs of Zoosk, The Inner Circle, Venntro, EliteSingles & M14/Bristlr, as well as top executives from European dating companies Happn, Dating Factory & Once during the day’s main online dating track.

For full details about our upcoming event, go here, and find out more about Account Kit here.