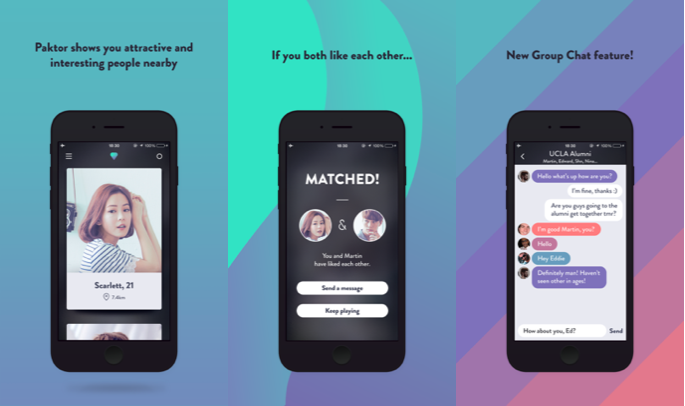 Singapore-based dating app Paktor has just released the results of a new study looking at how the dating behaviour of its users in Singapore differ depending on where they are searching for love.

By monitoring the average user behaviour of over 700,000 users, the app was able to retrieve insights into the popularity, attractiveness and generosity of members, and how this differed between each area.

The app found that singles in Singapore’s Marsilling-Yew Tee GRC, Yuhua SMC and Tanjong Pagar GRC constituencies were the most successful in finding matches.

In terms of attractiveness, users from Holland, Bukit Timah GRC, Bishan, Toa Payoh GRC and Yuhua GRC came out on top, receiving the most number of right swipes during the study. Paktor also unveiled some interesting findings into how the names of its users contribute to their success on the app.

Based on the in-app activity of its Singapore-based users from January to March this year, the app found that female members named Amanda, Chloe, and Kelly saw the most right swipes on their profiles.

Additionally, men named Derick, Gary, and Nicholas have the most popular profiles on Paktor.

Commenting on the findings, Paktor CEO and co-founder, Joseph Phua said: “Paktor app is the most used dating app in SEA because our product is tailored for locals – we can do so because we understand what works for our users in each Southeast Asian market. “These findings are part of our continued exploration of product localisation for our users in Singapore, which allows us to introduce better features relevant to their creation of meaningful connections on the Paktor app.”

Earlier this month, Paktor announced it will be using Facebook’s newly-launched Account Kit to offers its members an alternative way to sign in to the app.

The new kit, which was unveiled at Facebook’s annual global developer conference F8, gives app users a way of registering with an email address or phone number, and without the need for a password.

Paktor CEO Joseph Phua is also speaking at the GDI Amsterdam Conference, which takes places on the 12th May – find out about the event here.

Read more about its use of the kit here.