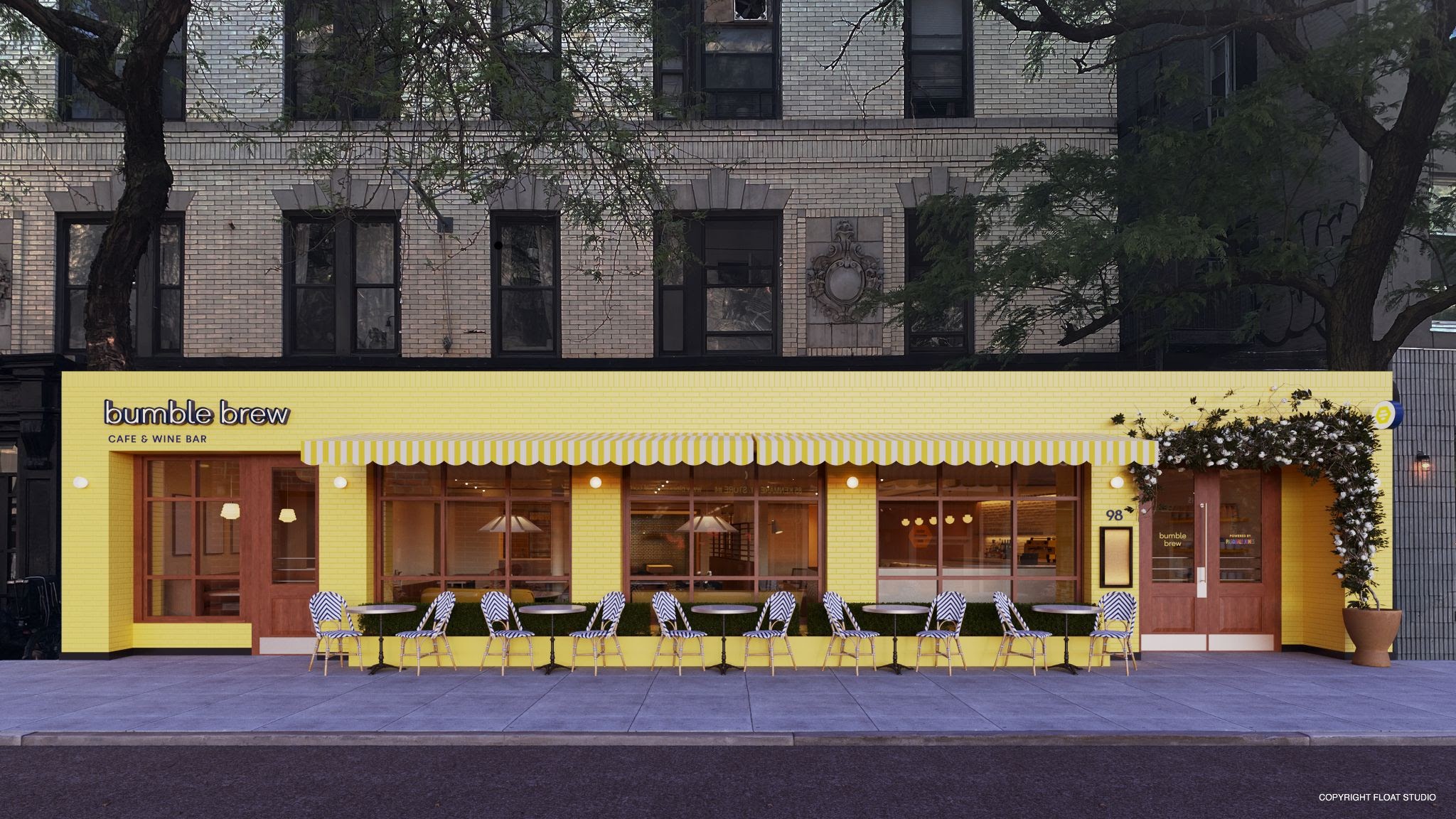 Bumble is opening its first permanent restaurant in New York City later this month, offering people a space to meet for dates or and spend time with friends.

The outlet, called ‘Bumble Brew’, will feature an 80-seat dining room, a cocktail bar, patio, as well as an area for private dining. It’s doors are set to open on 24th July, initially just for breakfast service before expanding for lunch and dinner over the next couple of weeks.

It was created in collaboration with Pasquale Jones of the Delicious Hospitality Group, and is located on 98 Kenmare Street in the city’s trendy Nolita neighbourhood.

Bumble has hosted ‘Hive’ events since 2017, temporary spaces in major cities in the US and UK. These “physical embodiments of the app” are community spaces for socialising, entertainment and learnings.

Julia Smith, Head of Brand Partnerships at Bumble, explained in a statement: “We’ve seen a resounding response to the Bumble Hive pop-ups we’ve hosted around the world and noticed a clear appetite for a permanent space where people could connect.

“We’re excited to partner with Delicious Hospitality Group to bring this to life through our first brick-and-mortar location in New York City through Bumble Brew. We hope that people can gather at Bumble Brew and connect over an espresso or delicious meal, whether it’s with friends, a potential partner, or a new business connection.”

Plans for Bumble Brew were first unveiled in 2019, but licensing issues initially delayed the launch before it was indefinitely postponed because of the pandemic.

At the time, Chief of Staff Caroline Ellis Roche said that the team was looking to open a venue in Austin and other locations as well, although there is no definitive news on that expansion in 2021.