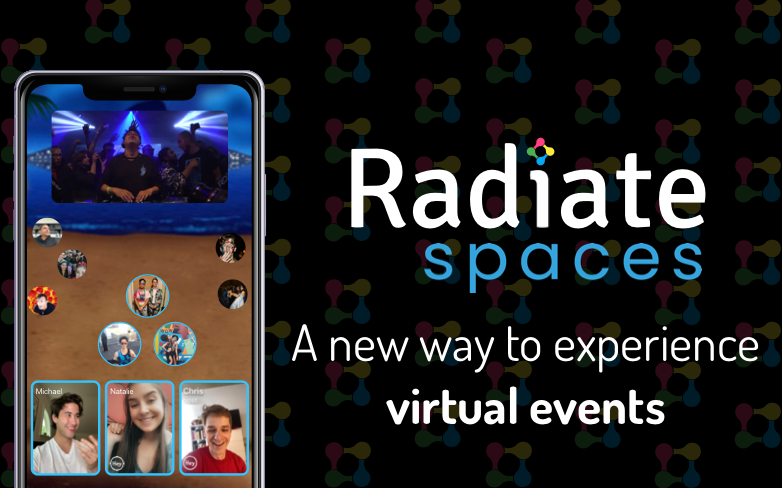 Radiate, the social and dating app that matches people based on their planned festivals, has released a brand new feature that replicates a virtual music venue.

‘Radiate Spaces’ allows for any livestreamer to host a virtual venue on the platform. These rooms allow fans to meet, listen to the music, and bring back the spontaneous moments that festivals and events allow to happen.

Organisers just need to go live on their preferred platform, let the Radiate team know, and the ‘Space’ will get built. Brand partners and donation links can also be included too.

The feature is being officially released this Friday alongside an event called Rave The Vote.

It’s believed that this style of feature addresses some of the issues of regular video calls, such as not being able to have multiple individual conversations as part of a group party.

“We’ve been extremely focused on all aspects of bringing an event virtual, from the fluidity of social interaction, to eliminating the anxiety you get when being dropped into a giant video call, to tuning the performance to allow for hundreds of people to be in the same Space simultaneously.”