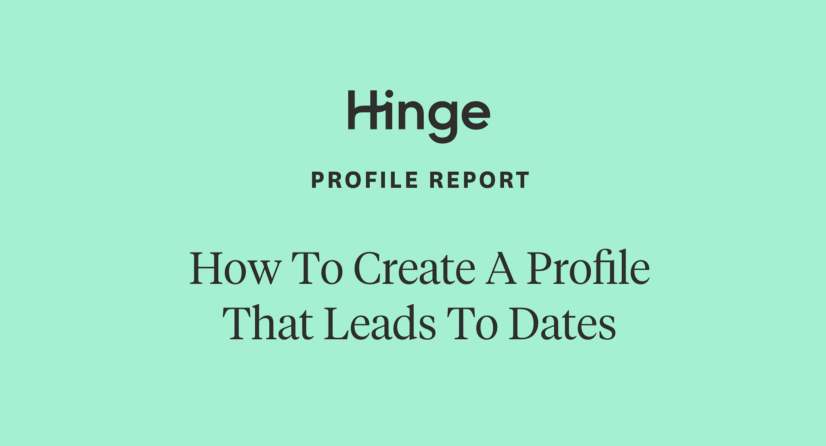 Revealing more about yourself online could lead to more dates, according to dating app Hinge.

Having looked at millions of dating profiles, Hinge reveals that adding written information to your profile could boost your chances of a conversation by 48%.

However, the type of information you include appears to be key, with Hinge revealing that only certain topics appeal.

The study found that giving the impression of spontaneity gives you the best chance of having a conversation that leads to a date – in fact, it increases your chance by a whopping 139%.

Including confessions (59%) and being self-deprecating (4%) also seems to come across well online.

In fact, men are 1.5x more likely than women to receive interest if they are being self-deprecating, Hinge’s study found.

As for women, sharing secrets seems to come across well, boosting interest by 3x compared to their male counterparts. However, certain topics could reduce your chances of a date.

Hinge said: “Profiles that include not-so-subtle hints, self-promotion and reveal family dynamics lead to the least interest and conversation.”

In fact, adding in comments such as “find me on Snapchat” can reduce your chances of a successful conversation and date by a huge 53%.

In addition to this, mentioning where you’d like to go on a date reduces your appeal by 46%, and chatting about your family decreases it by 44%.

Hinge also explains how to make your profile stand out, revealing the common topics included in dating profiles and the information that could give you the edge.

The dating app says mentioning what makes you happy, your chosen drink and emojis that describe you are the most popular, yet least effective, way to gain interest online.

And although less common, nicknames, your other social media accounts and the worst idea you’ve had also won’t impress.

However, the dating app does offer advice on how you can impress other singles online, saying that revealing surprising facts, what you’re looking for, the worst date you’ve been on and the most spontaneous things you’ve done are among the most effective ways to start a conversation and bag a date. Hinge also revealed the top topics by city, saying that Boston singles go for nostalgia, New Yorkers tend to be partygoers and those from Los Angeles mention their dreams and aspirations.

In October last year, Hinge re-launched after declaring it wanted to be the “Match.com for the next generation”.

The new version seeks to offer singles a more serious kind of mobile dating, focused on creating real relationships rather than on disposable swiping.

Part of this commitment to “serious” dating came with Hinge’s new $7 subscription fee.

The fee was designed to do two things: boldly distance itself from competitors like Happn, Bumble and Tinder, while also ensuring its users are on “the same page” and more likely to be looking for something more serious.

Hinge is also offering a freemium membership to all “early members”, by way of a free Basic Membership level.

You can find out more about Hinge’s study here.