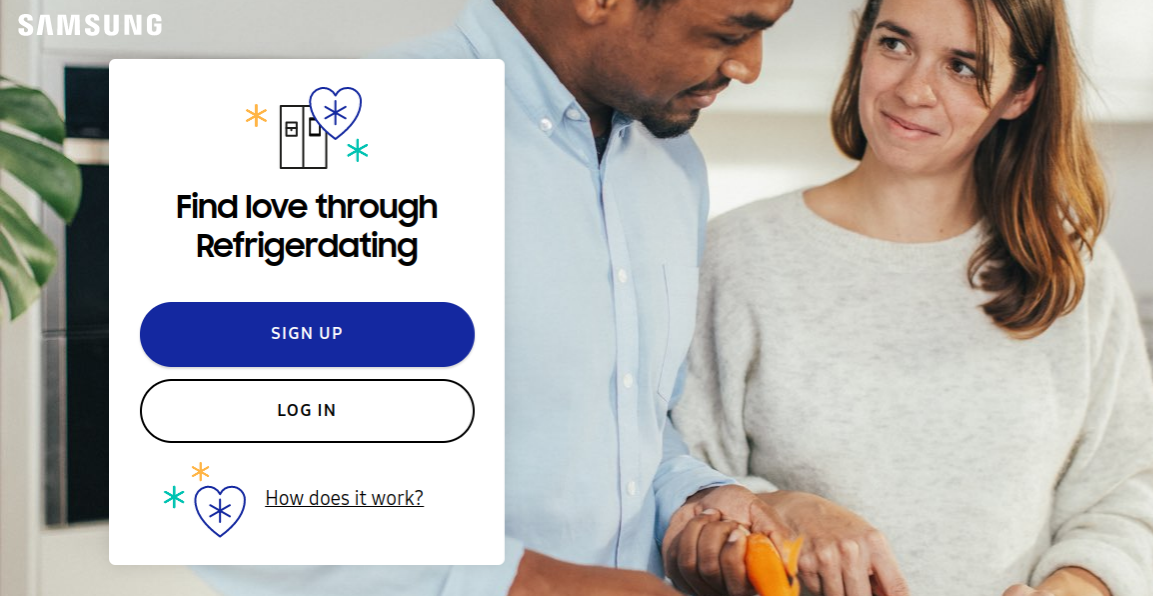 Samsung has taken its first steps into online dating, after launching a service that would match singles based on the contents of their Smart Fridge.

‘Refrigerdating’ works with the Samsung Family Hub Refrigerator – an appliance that is fitted with a camera to let owners see what is inside at any given time. It also gives updates on use-by dates, as well as generating meal plans and shopping lists.

The website-based dating platform will take a photo of a user’s food and upload it to private social media channel. From there, potential matches can swipe through the profiles depending on whether or not the fridge images suit their preferences.

It has been rolled out by Wenderfalck, Samsung’s Swedish advertising agency.

Elin Axelsson, PR Manager at Samsung Electronics Nordic, said to the Daily Mail: “We hope people can meet under more honest or transparent circumstances with the help of the contents of the fridge, because that can tell you a lot about the personality.”

The idea has been promoted by toying with dating adages; that it’s what’s on the inside that counts, and the best way to love is through the stomach.

Late last year, Domino’s Pizza announced it was preparing to release a dating app in The Netherlands, which would introduce singles based on their favourite pizza toppings. However, no new information has been released since November.

Sweden is a popular market for online dating. Research from 2017 found that 15% of internet daters in the country had ended up moving in with or getting married to somebody they’d met online.