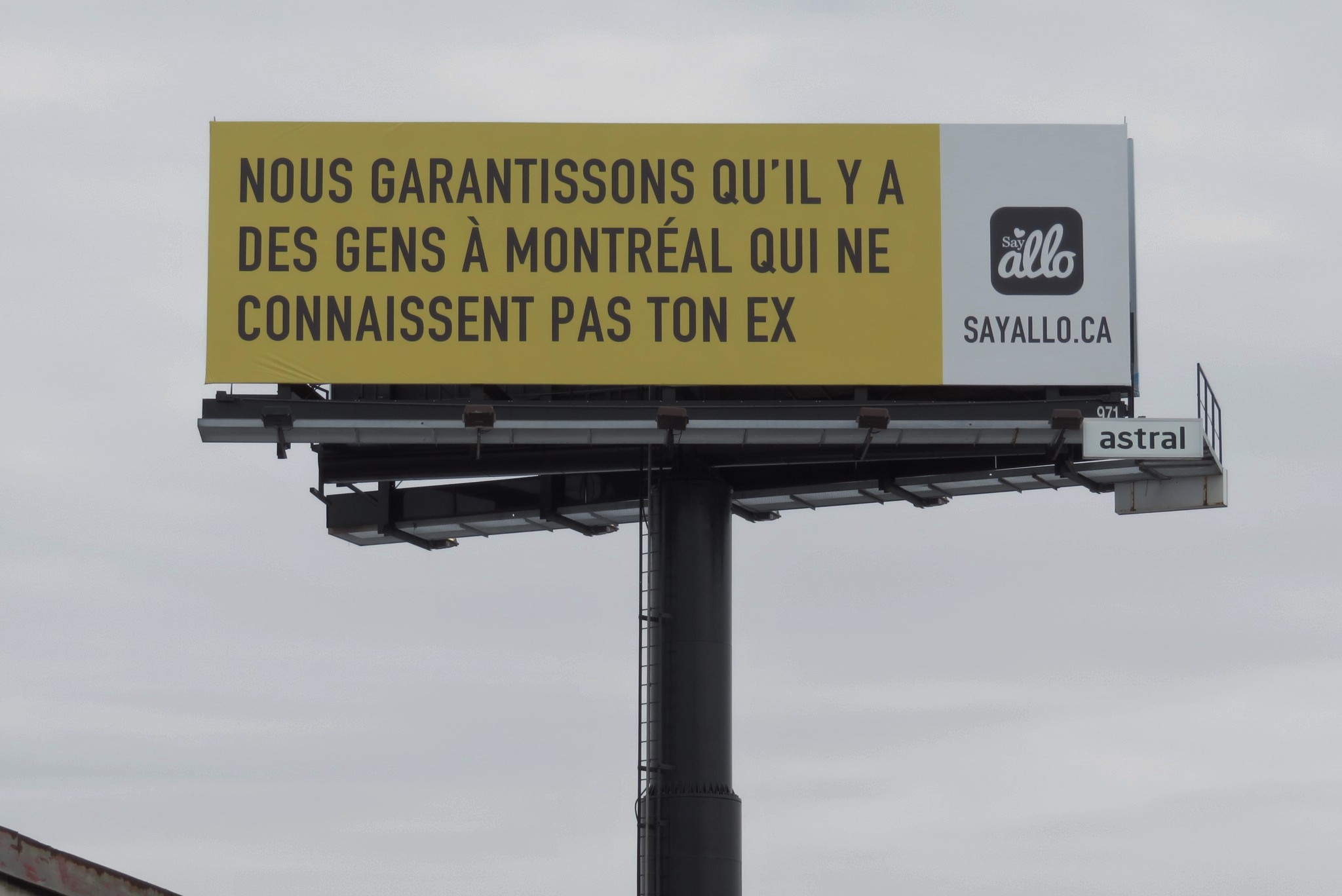 Last month, billboards and signs at subway stations were placed across the city of Montreal, Quebec, which read “we guarantee there are people in Montreal who don’t know your ex,” in French.

Zackary Lewis, founder of Say Allo, said in a statement: “This campaign was so much fun, as it caused several call-ins to both TV and radio stations throughout the city and built a lot of buzz for Say Allo!”

The company has recently added new features to the app. It is now available in English and French and integrates users’ LinkedIn logins for profile confirmation.

Say Allo was founded in 2015 as a smart dating app which used artificial intelligence, machine learning and face-mapping technology to learn users’ interests, preferences and behaviour in order to suggest more personalised matches.

It has also developed a state-of-the-art video chat feature that allows users to safely ‘meet’ before a first date without needing to pass on personal information.

Lewis appeared on series one of The GDI Podcast where he discussed his varied professional career and explained how he ended up in the online dating industry.