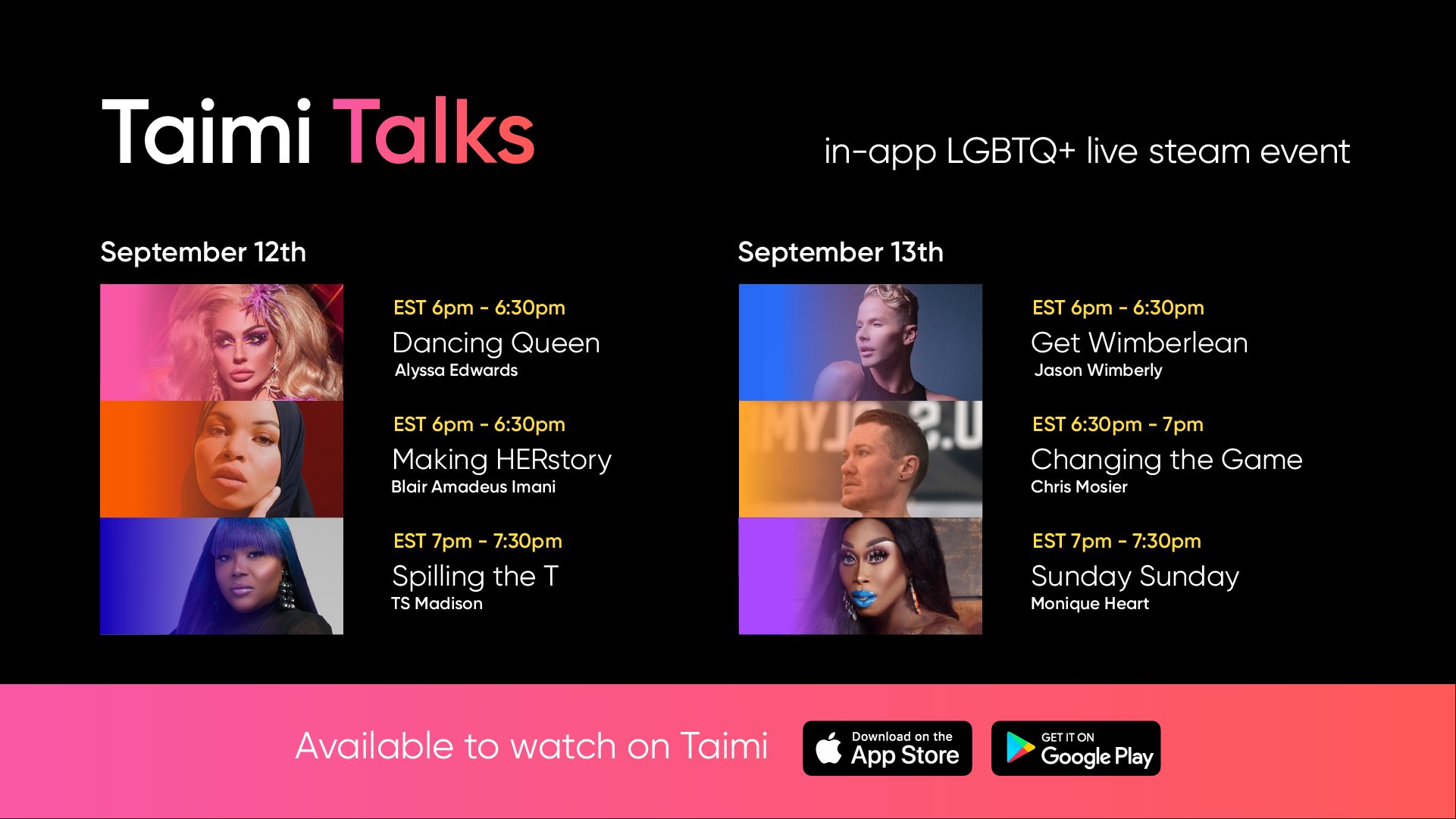 TAIMI has revealed the lineup for its upcoming virtual event, that is aiming to connect and empower the LGBTQ community through a variety of streamed sessions.

‘TAIMI Talks’ will be broadcast inside the social app over the weekend to its 8 million users. The event begins on 12th September at 6pm ET.

The schedule is full of sessions that promote positivity, inclusivity and equality. It also includes a number of well-being classes, such as workouts and sweet tea making, as well as general entertainment.

‘RuPaul’s Drag Race’ favourite Alyssa Edwards is going to host a dance class while taking part in a Q&A session with the viewers. Blair Imani, a renowned queer African-American Muslim historian and advocate, will host an open conversation about equality and human rights.

Chris Mosier, the first known trans athlete to join a national US team, has a session titled ‘Changing the Game’ that will look at cultural and legislative progressions for trans people.

TAIMI co-founder Alex Pasykov explained in a statement to PinkNews: “TAIMI Talks are all about connecting people during these tremendously difficult times.

“It only makes sense for us to launch these flagship series right after TAIMI’s Pride-focused activities. TAIMI Talks have been a dream of mine for a while now, and I am really excited to see this event unfold.”

Jake Vygnan, the platform’s other co-founder, revealed the first plans for the live streaming event in an interview on the latest episode of The GDI Podcast.

TAIMI partnered with Attitude magazine to host a virtual Pride festival in June, which also supported a series of inspirational talks from LGBTQ people and allies.