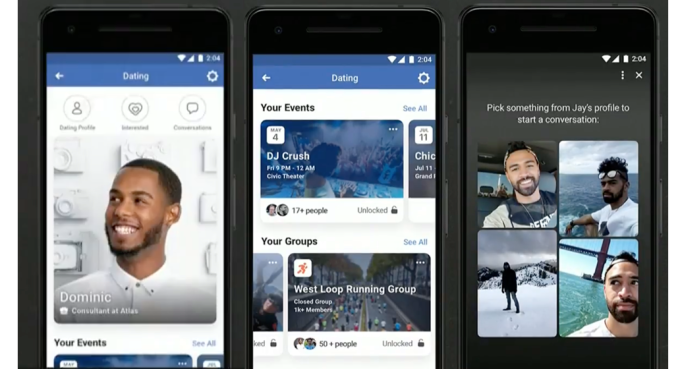 The dating interface ‘Dating Home’ will be accessible via a heart-shaped button in the top right of the Facebook app.

In Dating Home, users can make a profile using a first name. It will be hidden from friends and wont show up on the newsfeed.

Joey Levin, the CEO of IAC (umbrella of Tinder owner Match Group), has responded to the news that Facebook has announced the introduction of a dating service on its platform.

He said “Come on in. The water’s warm. Their product could be great for US / Russia relationships.”

Below are some screenshots of what the new feature is set to look like: