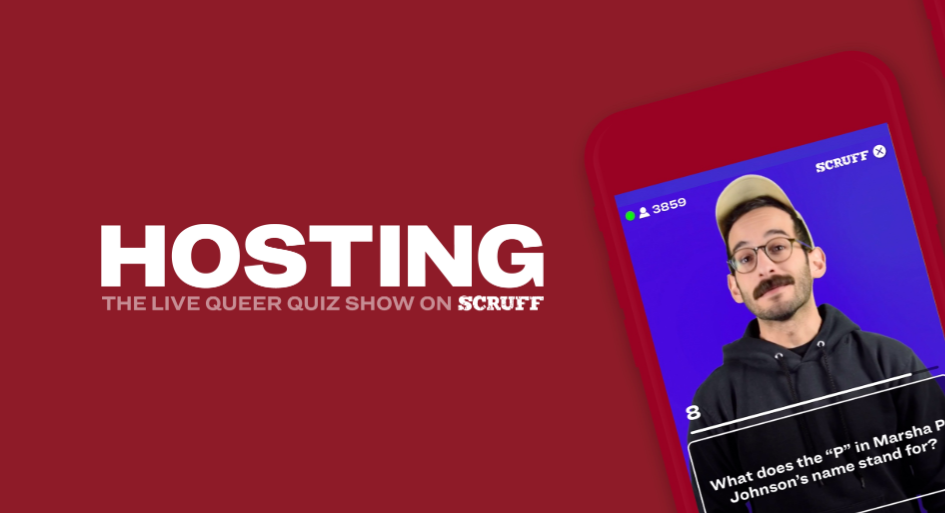 The game is run in a similar style to HQ Trivia. Contestants have ten seconds to answer ten questions for the chance to win a share of the $500 prize.

There is still a dating aspect to the show, however, as players can swipe right to see who is playing nearby. They can then send a ‘woof’ notification to (or ‘favourite’) people they like the look of, and visit their profile after the game has concluded.

Shows are run on various days throughout the week at 9pm ET, the same slot as HQ, and are hosted by drag queen Pixie Aventura or comedian Gabe Gonzalez.

Introducing video features to dating apps is becoming a common way to increase user activity. Co-founder of The Meet Group Catherine Cook Connelly explained the positive impact live streaming has had on engagement across her platforms on the Mobile Growth podcast this week.

The Meet Group recently acquired Growlr, a gay dating service which will now have live streaming implemented by the end of 2019.

GDI published an editorial in August exploring the impact that live video offerings are having on the online dating industry.

Tinder CEO Elie Seidman is now on the board of directors at Intermedia Labs, the parent company of HQ Trivia.