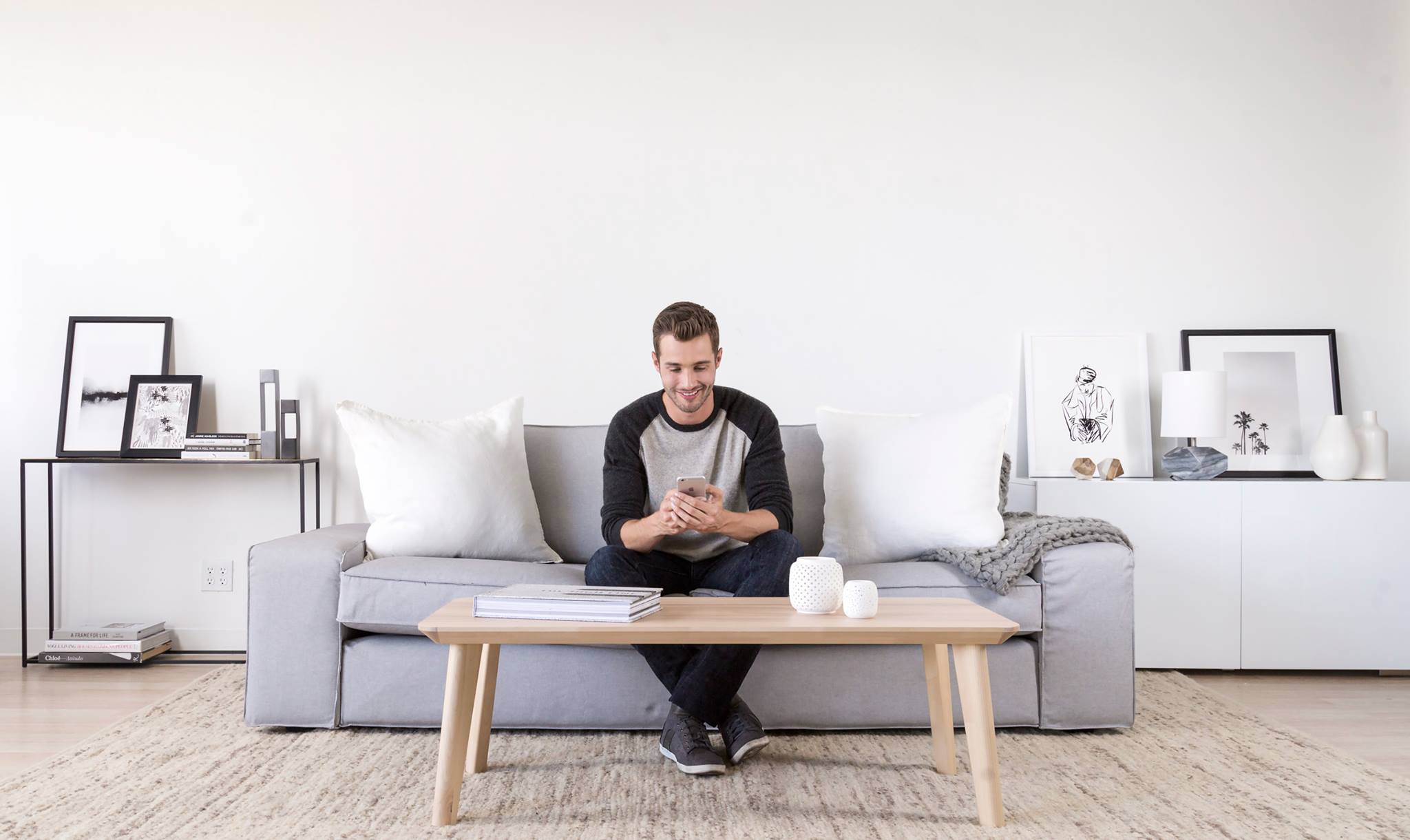 The West Hollywood-based app calls itself “the new way to furnish your space”, letting users chat to a personal designer for free.

And the company has just raised a $5m Series A round led by San Francisco VC firm Founders Fund, and joined by a number of angels.

These angels include Sean Rad, the CEO of Hollywood dating app Tinder, along with fellow co-founder and former Tinder CMO Justin Mateen.

Homee works by connecting you with design experts who advise you on what would look good in your home.

You can then browse through items, visualise how different pieces of furniture might look in your house, before allowing you to checkout and buy things in-app. According to TechCrunch, Rad became involved with the company after getting in contact with Homee co-founder Beatrice Fischel-Bock when she and co-founders Lizzie Grove & Madeline Fraser appeared on Shark Tank, pitching ZOOM Interiors.

The founders of ZOOM, which morphed into Homee, did not take the Shark Tank offer on the table, and the Tinder CEO decided to get involved, partnering up with the tech company as an angel, and also joining the Homee board.

And after introducing its founders to Peter Thiel’s Founders Fund, the company has now raised $5m, taking its total funding to $7.2m.

With the funding news, Homee is now out of public beta – check out the app here.