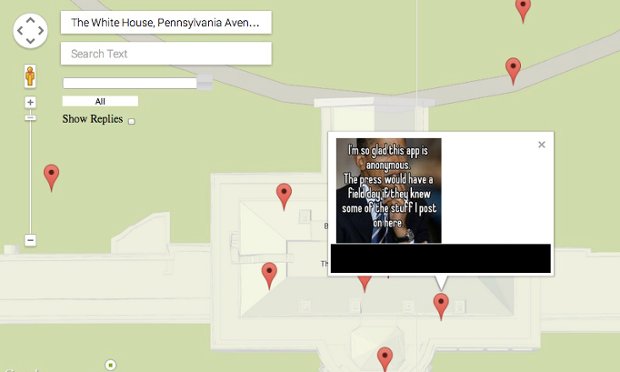 Anonymous secret app Whisper have been accused by The Guardian of tracking the personal data of users, and sharing it with US government agencies.

Whisper have responded angrily to the claims, calling them “a pack of vicious lies”.

Whisper is an app that allows users to post anonymous secret messages.

It currently has over 2.6m messages sent across its network every day.

The newspaper claims that Whisper tracks the “rough location” of users who have opted out of geo-location, share details with the US Department of Defence if people post from the Pentagon or US military bases, and store the data indefinitely in a searchable database.

The Guardian said:
“The practice of monitoring the whereabouts of Whisper users — including those who have expressly opted out of geo location services — will alarm users, who are encouraged to disclose intimate details about their private and professional lives”.

The Guardian article also said that four days after Whisper knew the article was going to be published, they changed their terms of service.

Whisper claim to be the “safest place on the Internet” and their editor in chief, Neetzan Zimmerman has issued a series of scathing tweets regarding the claims.

First response: The Guardian’s piece is lousy with falsehoods, and we will be debunking them all. Much more to come.

Second response: The Guardian made a mistake posting that story and they will regret it.

1/This cannot be overemphasized: @Whisper has never nor will ever collect nor store ANY personally identifiable information from its users.

The company have since released a full document, where they respond in full to the claims made by The Guardian.