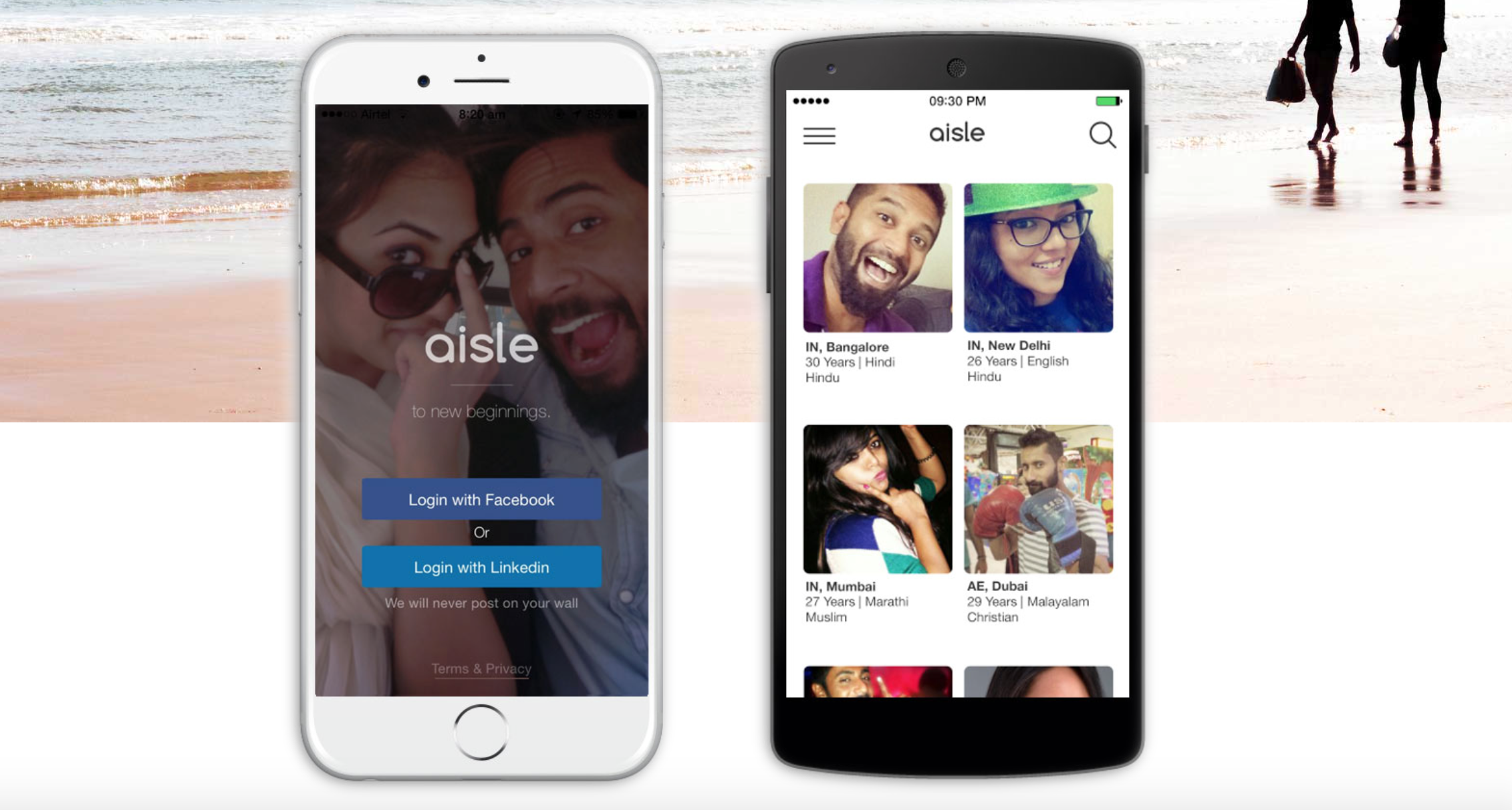 Bangalore dating startup Aisle has raised an undisclosed round of funding led by CIO Angel Network.

The round was joined by Konglo Ventures, White Unicorn Ventures and LetsVenture.

The selective matchmaking app for “urban, independent Indians”, which is available on iOS and Android, requires potential users to first apply for membership.

After singles apply, the Aisle team will verify their credentials before they are approved and allowed onto the app.

Speaking about the app’s focus, Able Joseph, Founder & CEO of Aisle, said: “Online matchmaking in India is a gender, age, proximity, faith and mother tongue based business. We think it’s also essential to understand a person’s taste & intent – these are equally important to us.

“Aisle’s balance in these criteria are good and this balance adds much value to singles looking for meaningful relationships, especially women.”

Last February, the Bangalore-based dating startup announced it had raised $180,000 in pre-Series A funding, in a round led by San Francisco angel investor Anand Vijay and joined by ah! Ventures and TermSheet.io.

The company has now followed this by closing another round led by former Vodafone CIO Anthony Thomas and entrepreneur & angel investor Sanjay Mehta.

Anthony Thomas, of CIO Angel Network, said: “While casual dating apps that use the gamification model rise and fall by the dozen, Aisle as a product has induced seriousness in its users, who are looking to meet people for meaningful relationships.

“Aisle has a healthy male to female ratio on their app that is hard to sustain unless both men and women equally have taken a liking to their product offering.”