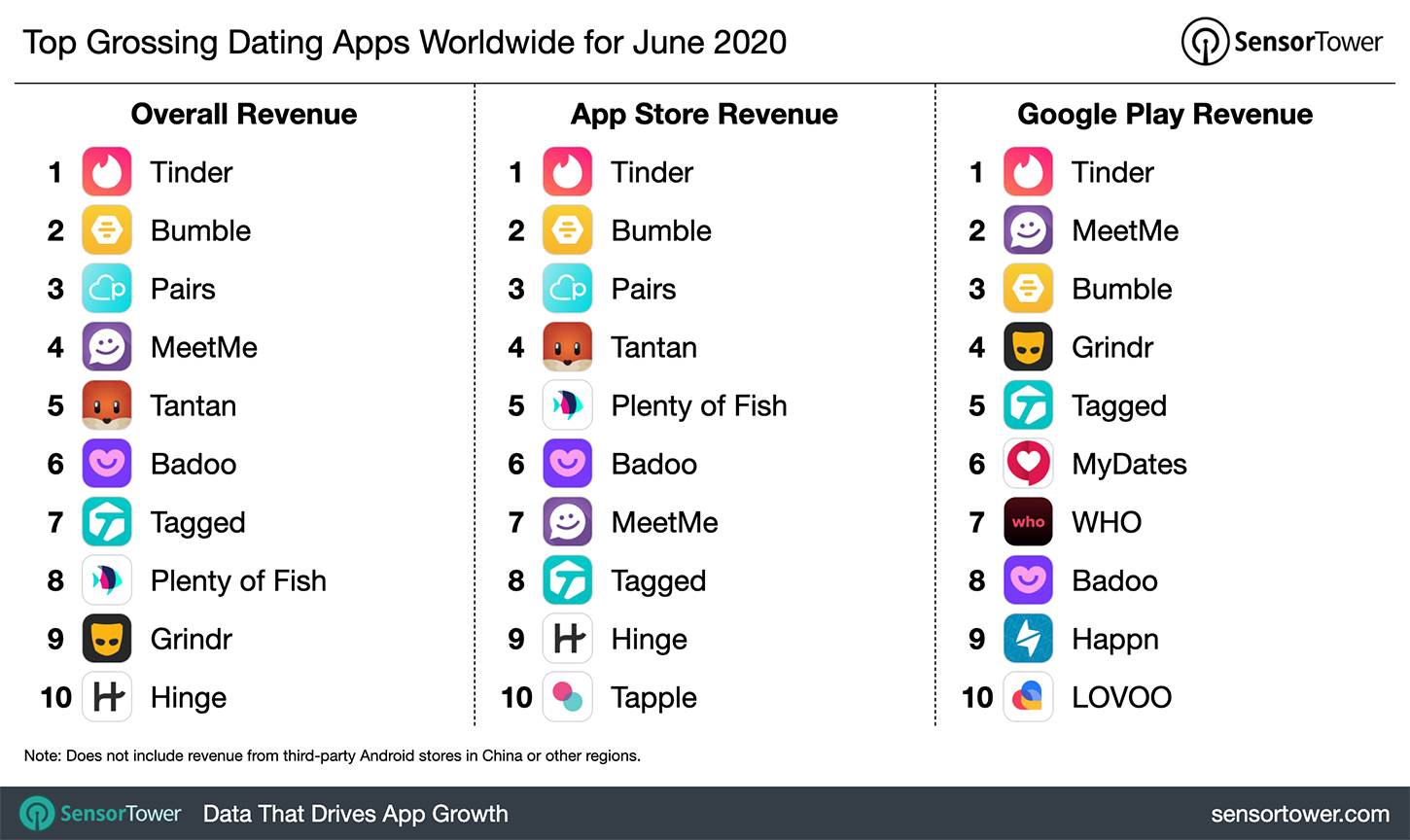 Tinder and Bumble took the top two spots once again, grossing $64.8million and $16.5million in user spending respectively. This marks a very slight decrease for Tinder, while Bumble brought in an extra $500,000 compared to the previous quarter.

Badoo, Tagged, Grindr, Plenty Of Fish and Hinge were the final offerings to be recognised on the list.

Plenty Of Fish claiming the eighth spot from Grindr was the only change in the top 10 rankings from the previous month.

Looking specifically at the Google Play Store, two less established brands were featured in the dedicated top 10. MyDates, owned by Dutch white label provider Boranu Online, and video social community WHO generated the sixth and seventh most revenue on the Android service.

The Meet Group had another positive quarter, especially through the Google Play Store. MeetMe was the second highest grossing dating app on the Android marketplace, while Tagged made it into the top five and LOVOO snuck into 10th position.