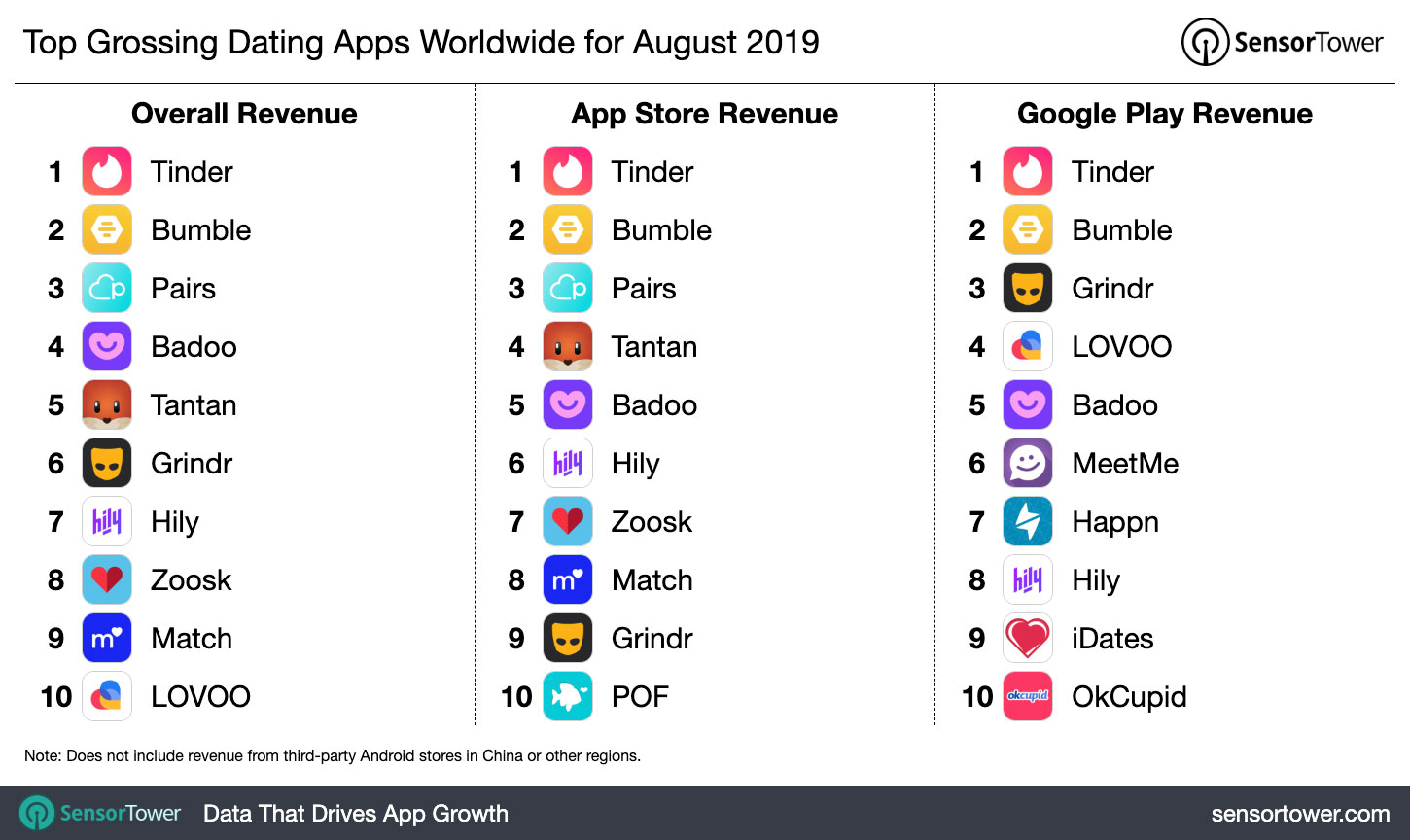 Sensor Tower has published its list of the highest grossing dating apps from August 2019. The information was compiled using revenue generated from all over the world, but does not consider third-party Android stores in China.

Once again Tinder was at the top of the rankings by some distance, having generated just under $80 million during the month. It also topped the worldwide downloads list with 5.8 million installs.

It’s nearest competitor was Bumble, with a revenue of $20.4 million. 80% of this sum came from within the US, despite the female-first dating app continuing to expand in India, Europe and APAC.

The Match Group-owned Pairs completed the top three, up two positions from the July list. Midway through August the Japanese app announced Pairs Engage, a new $92 per month service that is aiming to corner off the local matrimony market.

Badoo climbed one position to fourth and went ahead of Chinese app Tantan, which was noticeably absent from the individual Google Play list due to the previously mentioned exclusion of third-party stores.

Fast-growing startup Hily retained the seventh spot, but it’s recent launch in Latin America may see it work its way up in future updates.

The rest of the ranking was completed by Zoosk, Match.com and LOVOO.

Happn, MeetMe, Skout, OkCupid and PlentyOfFish (which recently unveiled a new logo) didn’t make the top ten in terms of generated revenue, but were all among the most downloaded dating apps in August.