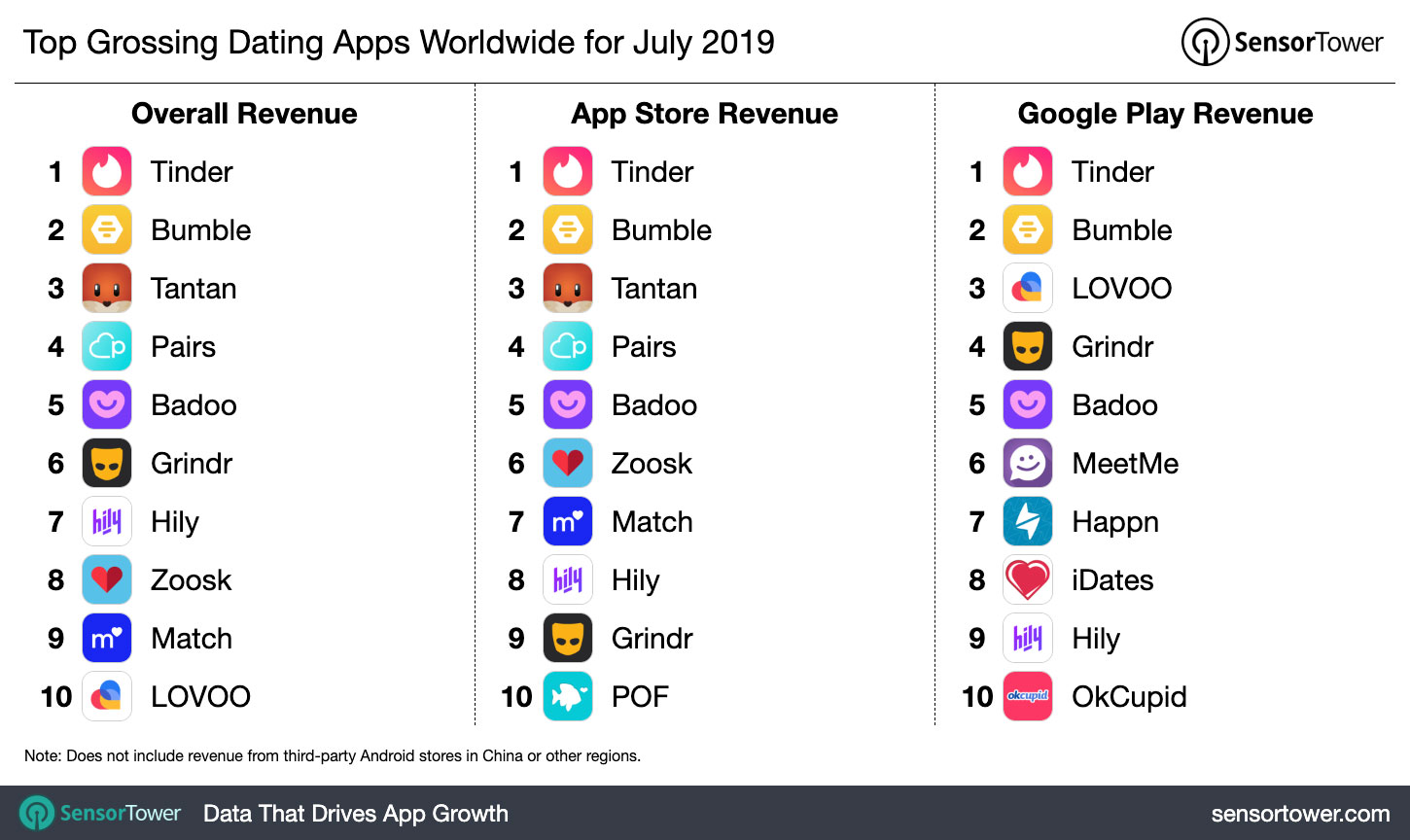 Tinder is once again dominating the global app store revenue rankings, according to new information from Sensor Tower. The app data specialist has published a list of the top ten dating apps by worldwide revenue for July 2019.

The top spot overall, which combines data from both the iOS and Google Play stores, was taken by Tinder, while Bumble had to settle for second place. This mirrored the final Q1 2019 standings compiled in early April.

Tinder generated just under $75 million in user spend over the course of July, compared to Bumble’s $18 million.

Tantan and the Match Group-owned Pairs were new entries on the overall list, jumping up to third and fourth place respectively.

However, both were noticeably absent from the Google Play top ten. This is likely due to the fact that Sensor Tower doesn’t track information from third-party Android app stores in China or other regions.

Badoo rejoined the table in fifth position, ahead of Grindr, the highest ranked LGBTQ+ app.

Also in the top ten were Hily, Zoosk (which had dropped by two places after the completion of its $255 million takeover by Spark Networks), Match.com and LOVOO.

The Meet Group’s only other appearances on the lists were LOVOO and MeetMe, which were ranked as third and sixth by Google Play revenue.

Tinder also topped the list of worldwide dating app downloads during the month of July, followed by Badoo and Tantan.