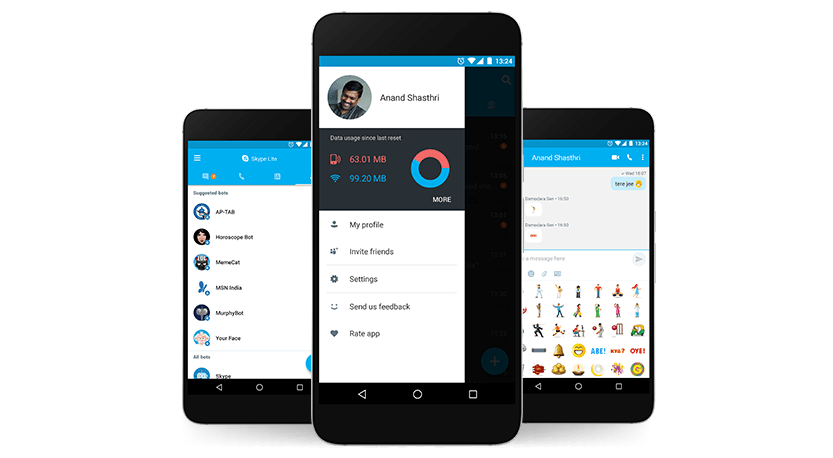 Skype has just launched a new service for areas with poor internet connections.

The new app seeks to bring an improved Skype offering to those in low-connection areas, by providing a similar service to its original version, but one that uses less data and power.

And after being announced by Microsoft at the Future Decode conference in Mumbai yesterday, Skype Lite is now live in India.

Called the “fastest and smallest app to date”, Skype Lite can be downloaded from the Google Play Store, and is currently being rolled out across India.

The app has been pitched as a cost-saving way to send and receive messages and video calls with Skype, working better than the original when run on 2G or in low-connection areas.

“This helps to minimise issues with the app draining the battery, especially on older devices.”

In June 2017, Skype Lite will be updated to include Aadhaar, a scheme that gives each Indian citizen their own national identity number, as a way of verifying unknown callers in situations like job interviews or sales.

Microsoft said: “Over the past years, users in India have grown to love and rely on Skype, and the multitude of connections and moments they’re able to make with it.

“We are thrilled to have the opportunity to thank our users in India for their support, by releasing Skype Lite to reinforce our commitment to the market.”

To find out more about Skype Lite please click here.