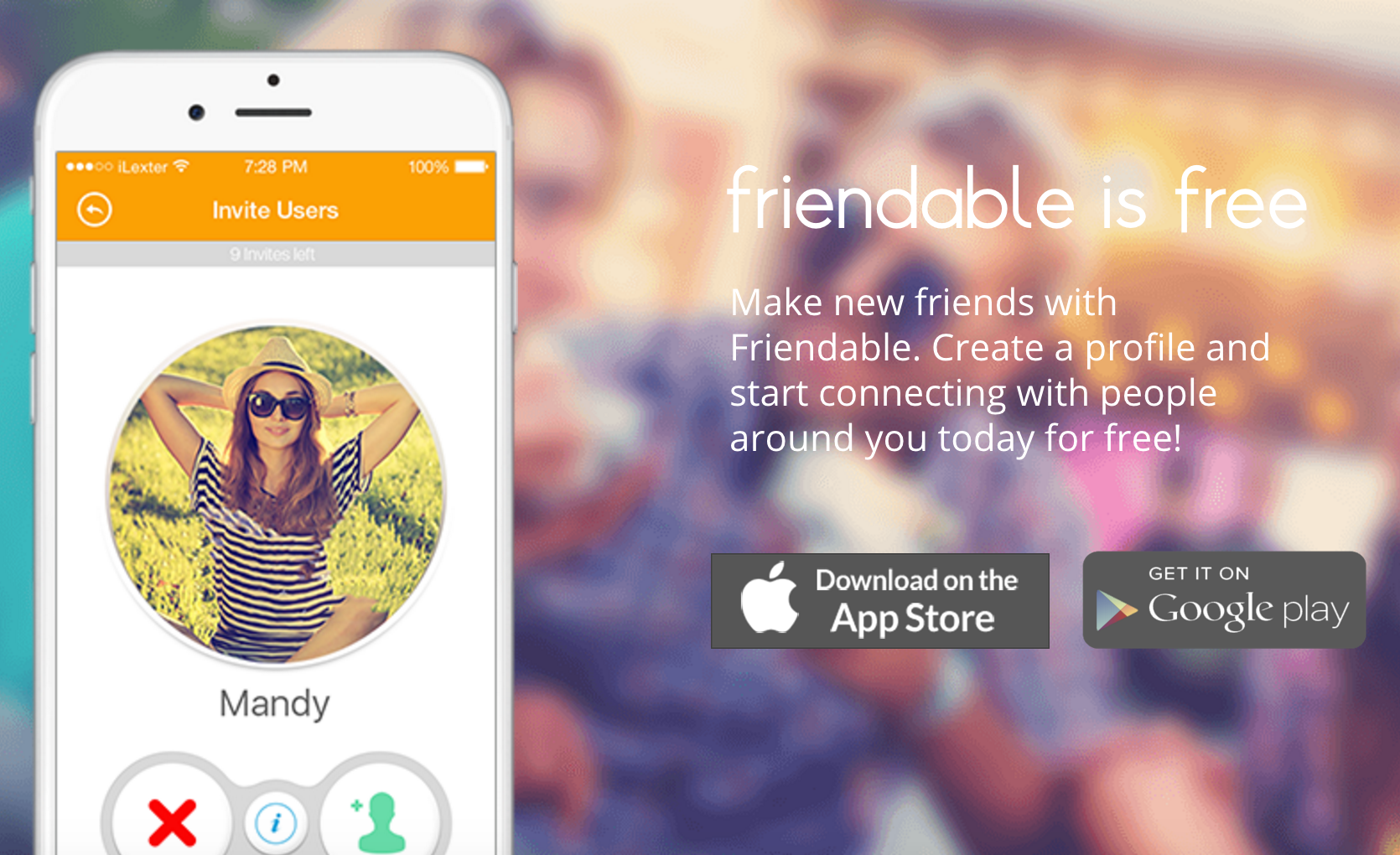 Mobile social app Friendable has just announced it has hit the milestone of 1m downloads.

Today, the app – which lets users connect and chat, socialise and send gifts with people nearby – revealed it has seen 1,028,215 downloads on its iOS and Android platforms.

And as of last week, Friendable – formerly known as dating app iHookup Social – says it has 708,760 active users.

This was driven by a huge spike in March, with downloads up 558% from the previous two months.

The company seems keen to put itself on the market for an acquisition, mentioning that OkCupid was bought in 2010 when it had 3.5m active users – 5x more than Friendable – something that might make the app “begin to look attractive” to larger companies. Last October, the app announced its rebrand, changing its name from iHookup Social to Friendable and changing its focus towards being a more catch-all social app.

Speaking about the rebrand last year, CEO of Friendable, Robert Rositano Jr. said: “This announcement has been a long time in the making, and also marks one of the last steps in completing our full pivot to the “Friendable” brand.

“We are at the dawn of an amazing new phase of growth for our app, which includes maintaining our focus on extending the brand to the Android platform as well as building a business that is ripe for acquisition.”

Friendable is currently free to download, but monetises with a premium service that costs $7.99.

Alternatively, users can buy 24-hour access to all paid features for $0.99.

Find out more about the app on its official site.