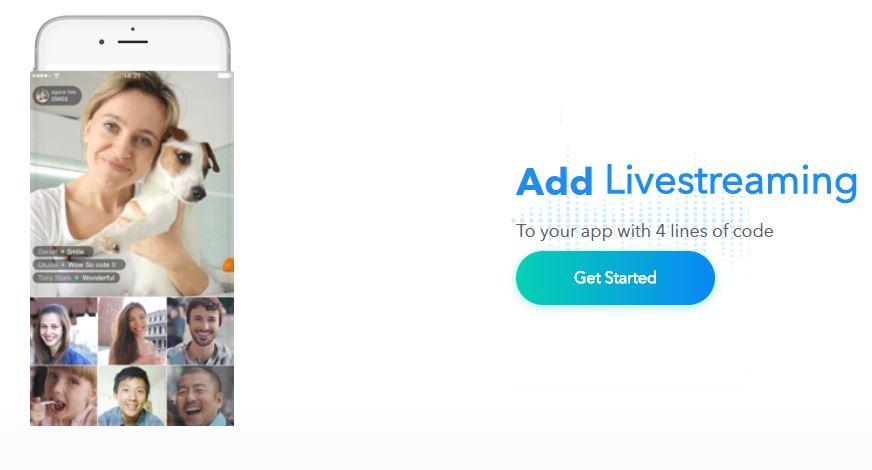 Agora, the livestreaming specialists providing technology for The Meet Group and Momo, has closed $70 million in a Series C funding round. The company has now raised over $125 million in total funding.

The round was led by Coatue Management, and featured returning investors SIG, Morningside Capital and Shunwei Capital.

Agora processes upwards of 10 billion minutes of livestreamed content every month in 200 data centres around the world. It was started in 2014 by CEO Tony Zhao, a former CTO of Chinese streaming platform YY.

Client The Meet Group has seen great success since introducing one-to-many streaming on its dating properties, with user pay now accounting for over 60% of revenue. Last year, by comparison, 73% of revenue came from advertising.

The brands under The Meet Group now have a combined MAU of over 17 million. Momo also has strong fundamentals, despite a rocky few months in terms of market cap.

CEO Geoff Cook is bullish on the technology, claiming that it complements rather than contradicts what a dating app can offer.

In a guest post for GDI, he said: “Our apps – LOVOO, MeetMe, Tagged, and Skout – have more than 20 million minutes of live video every day, and we have not experienced cannibalization of our core text-based chat. Instead, live video fills the product gaps.”

August’s GDI Editorial considered whether streaming is the future for the dating industry, or whether it’s unlikely to displace swiping as the standard interface.