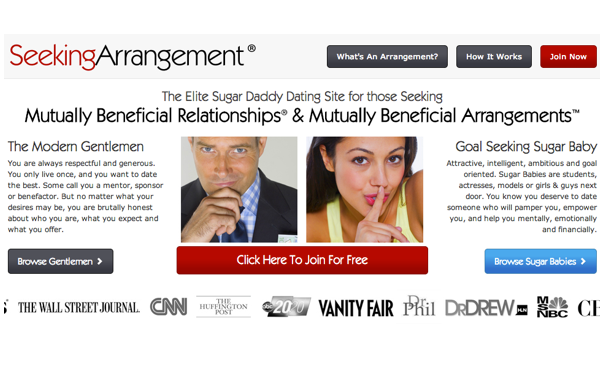 Protestations over “sugar daddy” dating sites in France has led to Seeking Arrangement being taken to court over charges relating to prostitution.

The Local reports that the Equipe d’Action group has filed legal proceedings against the US sugar daddy site, run by Brandon Wade.

They accuse it of running a “disguised prostitution” racket, and want such sites to be looked at when French parliament discuss a landmark prostitution bill.

“The site hides violence against women in beautiful wrapping paper.

“We hope lawmakers will look at websites when they discuss the adoption of the law criminalizing the purchasing of sexual acts.”

Opponents of such sites say they facilitate prostitution by providing a profitable place for escorts and sex workers to operate.

Seeking Arrangement – created by MIT graduate Brandon Wade, who owns Carrot Dating and WhatsYourPrice – has thus far escaped prosecution due to a line in the terms and conditions that bans anyone using the site “to send requests of a professional or commercial character”.

These sugar daddy sites have been the subject of stories in the French national press, with Le Monde and Le Figaro both running headline articles on the subject.

Angela Jacob Bermudo, a spokeswoman for the French version of Seeking Arrangement, said to The Local:

“Seeking Arrangement is not prostitution. Prostitution is an exchange of sex for money. These relationships do not include sex.

“We are a dating website that brings together people who share the same values, much like dating websites based on religion or occupation. We strictly prohibit the solicitation of sex for money on all of our websites.

“For many girls, this is a viable option to be able to concentrate on their studies without the financial burden. It is not just the money that helps, but also the mentorship of successful and wealthy men.”