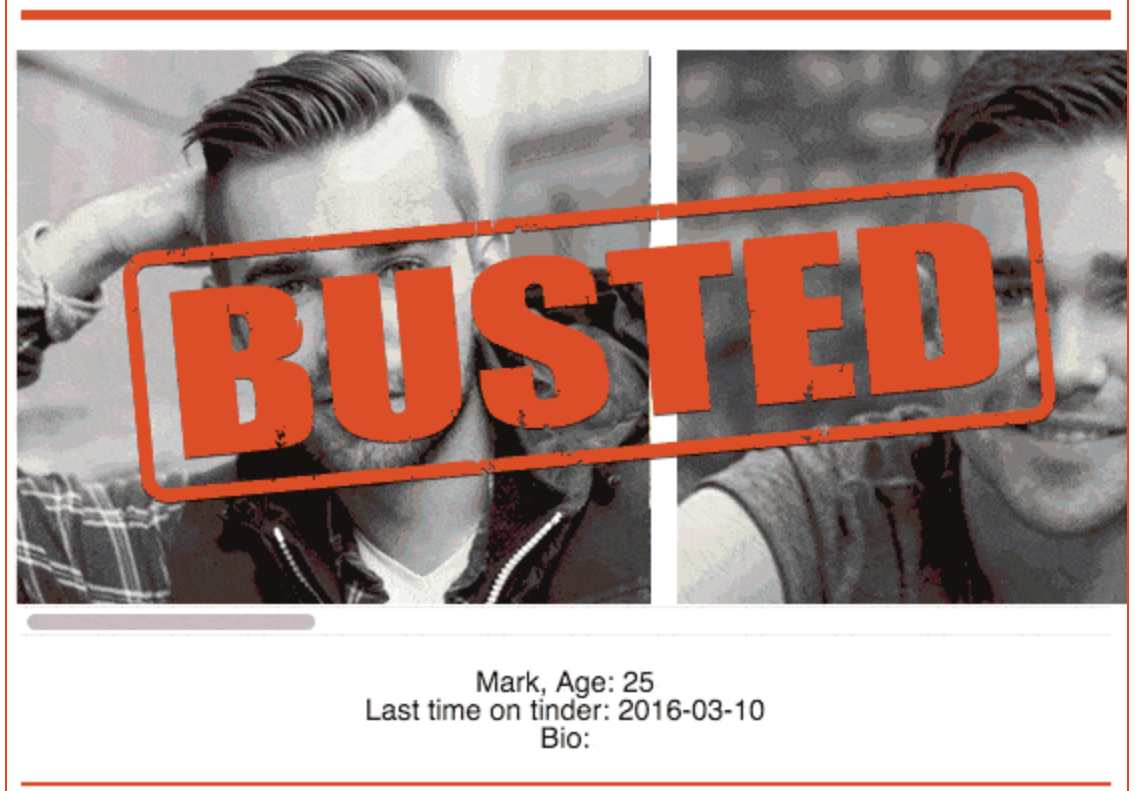 A new website is looking to expose cheaters that are active on Tinder, by letting others search for them using their basic personal information.

Swipebuster is a new service that allows users to search for their significant other on the dating app and find out whether they are actively swiping to meet other people.

For a fee of $4.99, users can enter the name, age, gender and the estimated last active location of the person they want to look up on the app.

After doing so, Swipebuster scans the information in Tinder’s open API and database, compiling a list of users who meet the criteria.

This list is then sent to the user via email, displaying the profile photo of each suggestion, as well as when they last logged on, and the gender preferences they entered into the app upon joining.

In a statement, a Tinder spokeswoman told Vanity Fair that: “searchable information on the Web site is public information that Tinder users have on their profiles.

“If you want to see who’s on Tinder we recommend saving your money and downloading the app for free.”

Whilst the idea of cashing in on exposing cheaters is controversial, the site’s creators – who wish to remain anonymous – have said that the site’s main aim is to show just how accessible personal data shared on apps with a public database is.

They said: “There is too much data about people that people themselves don’t know is available.

“Not only are people oversharing and putting out a lot of information about themselves, but companies are also not doing enough to let people know they’re doing it.”