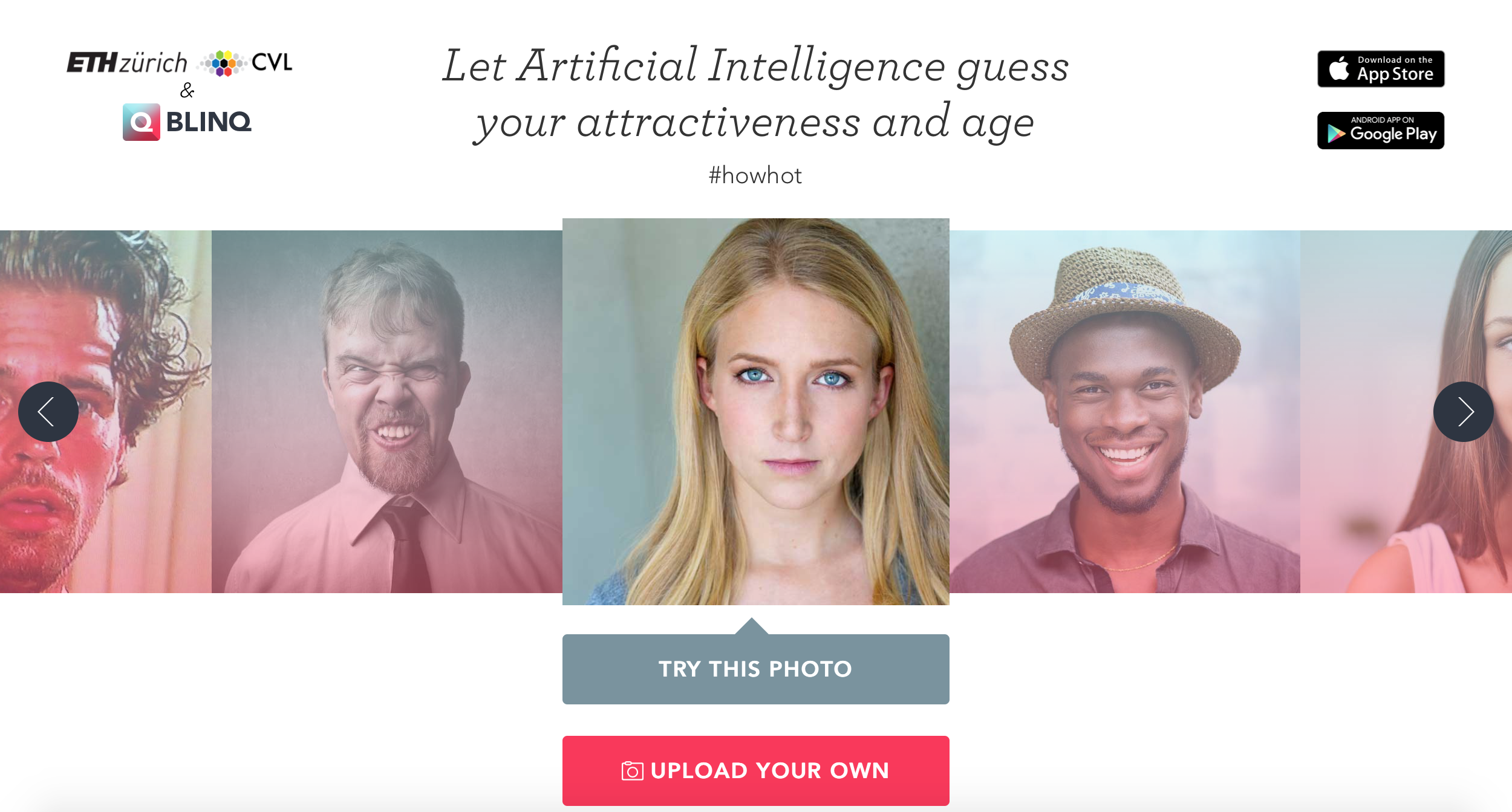 A Swiss dating startup has created an algorithm that has learned about age and attractiveness using pictures from IMDb and Wikipedia, and the program – HowHot by Blinq – can now tell singles where they rank.

Blinq is a Zurich-based app that uses both a Tinder-style swiping functionality to match singles, as well as employing beacon proximity technology to connect users who are in the same location at the same time.

And now the dating startup has launched a brand new site, howhot.io, which lets “artificial intelligence guess your attractiveness and age.”

To try the algorithm, which Blinq created in partnership with the University of Zurich, users simply upload a profile picture to Blinq’s howhot.io site and the program will guess their age, and rank their attractiveness.

We spoke to Blinq’s founder & CEO, Alex Zimmermann, about exactly how the algorithm works, how the team created it, and what it is based on.

Zimmermann said: “Our algorithm first detects the face of the person in the image. Then we use a Deep Neural Network to predict attractiveness and age. The Deep Neural Network was trained on images from IMDb and Wikipedia and some other smaller datasets to automatically recognise the age of a person.” The algorithm the team built won the “age estimation challenge” at the International Conference of Computer Vision last year in Chile, beating out 130 other teams with their method.

As to how the algorithm ranks attractiveness, the CEO said it was trained on over 100,000 images from Blinq and 20m hot or not ratings.

Zimmermann said: “Basically we ranked both men and women within the dating app and then tried to learn this ranking (i.e. if you are top 10%, 20% or 50% of your gender).

“The Neural Network itself then learns what parts of the face to look at. Visualizations showed that the neural network tends to focus on parts of the face which are “non-standard”, i.e. if you have beautiful eyes, a large nose, no hair, a sexy beard, etc. And Blinq’s founder said for the howhot.io site, the team just simplified the process and learned the “objective” criteria as described above, which is “very difficult, because it is really a subjective thing!”

And after launching the program in January, Blinq said in the first two weeks they had seen over 5m unique visitors to the website, and over 20m images processed.

The algorithm and viral marketing strategy was also covered by news sites like Mashable, TechCrunch, Daily Mail, The Telegraph and the Washington Post.

The team did offer a disclaimer to anyone upset by their rankings, reminding users that “attractiveness is highly subjective” and that people shouldn’t take the results “too seriously”.

To find out more about Blinq’s beacons-based spin on online dating, read our interview with Zimmermann here, and visit Blinq’s howhot.io site here.