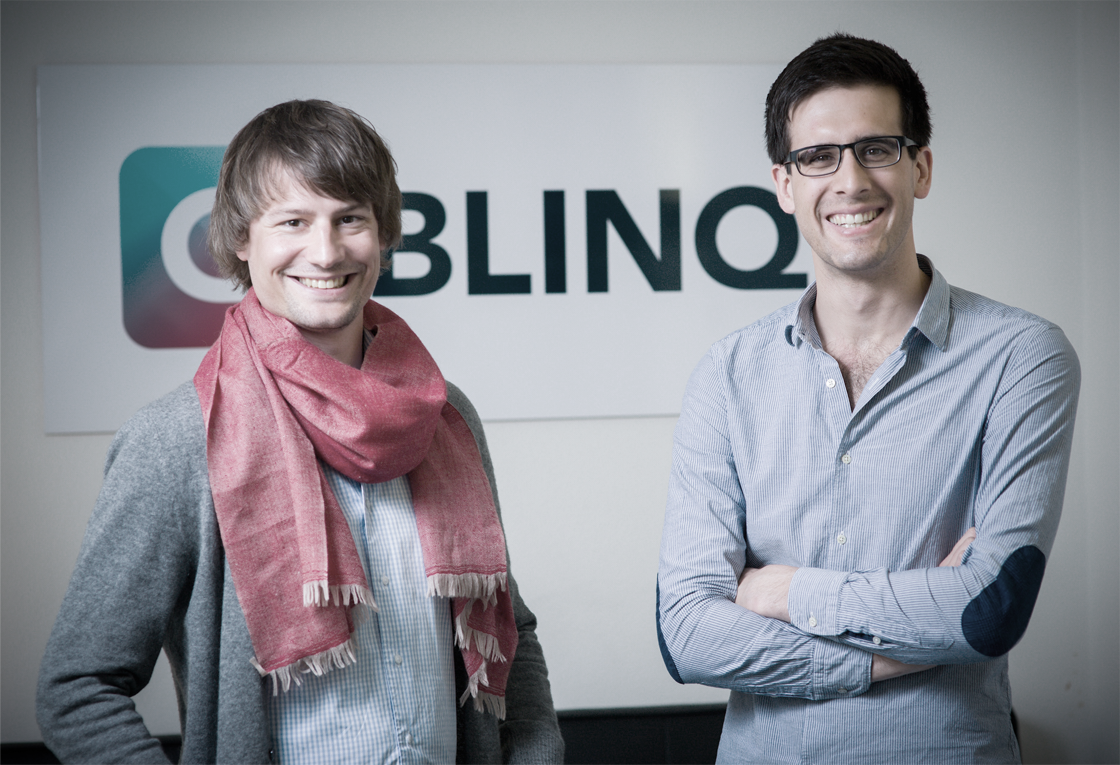 The Swiss company is looking to find new owners for the products as it moves away from online dating and further into beacon & location-based ad tech.

The co-founder of Blinq, Alex Zimmermann, said: “Due to our pivot to beacon technology and location-based ad tech we are looking for a buyer for BLINQ and howhot.io.

“We sold the ad targeting software and team to a large Swiss media company and will work on that technology instead of the dating app or howhot.io.” Based in Zurich, mobile app Blinq has seen around 700,000 downloads worldwide and has over 30,000 monthly active users, mainly situated in Switzerland.

The app functions around location, letting users sign up using their Facebook account, create a dating profile, and see which potential matches are near them at any given moment.

When someone pops up, the app asks whether they want to Hi or Bye them, and just like Tinder, if there is mutual interest, they are connected.

More recently, Blinq introduced its Now feature, which lets users know when a potential match is within 50 metres of them.

The feature was an update to Blinq’s own Bluetooth-powered matching system, Estimote Beacons, which saw the startup install hundreds of beacons in bars, cafes and clubs, then notify two users if they were in the same location via the dating app.

In addition to offering mobile app Blinq to potential buyers, the Swiss startup is also selling howhot.io, an online tool that lets “artificial intelligence guess your attractiveness and age.”

The site allows users to upload a photograph of themselves, before it guesses their age and ranks their attractiveness.

When it launched, the site was covered in The Washington Post, The Telegraph, The Daily Mail, Slate and Mashable.

And according to its founders, without spending anything on marketing, howhot.io has seen 15m unique visitors to the site since its launch in January this year.

The startup also revealed that howhot.io has seen a 3% conversion rate from the website to downloads of the Blinq app. Speaking about the sale of the products, and why potential buyers should be interested, Zimmermann said: “BLINQ is a strong brand in Switzerland for premium dating. A buyer can expand the reach of their existing products mainly in Switzerland.

“howhot.io is a very efficient user acquisition channel for app downloads of the BLINQ app with a worldwide reach.

“Without spending a single cent on marketing the howhot.io site helped us to jump into the top 5 overall rankings of the App Store for Germany and Austria, and top 50 overall rankings for France and the Netherlands.

“A buyer could easily use the website, which has over half a million monthly unique visitors, as an acquisition tool for their own product.”

As it stands, the company has not outlined a sale price, however any interested buyers should contact alex@joinblinq.com for further information.