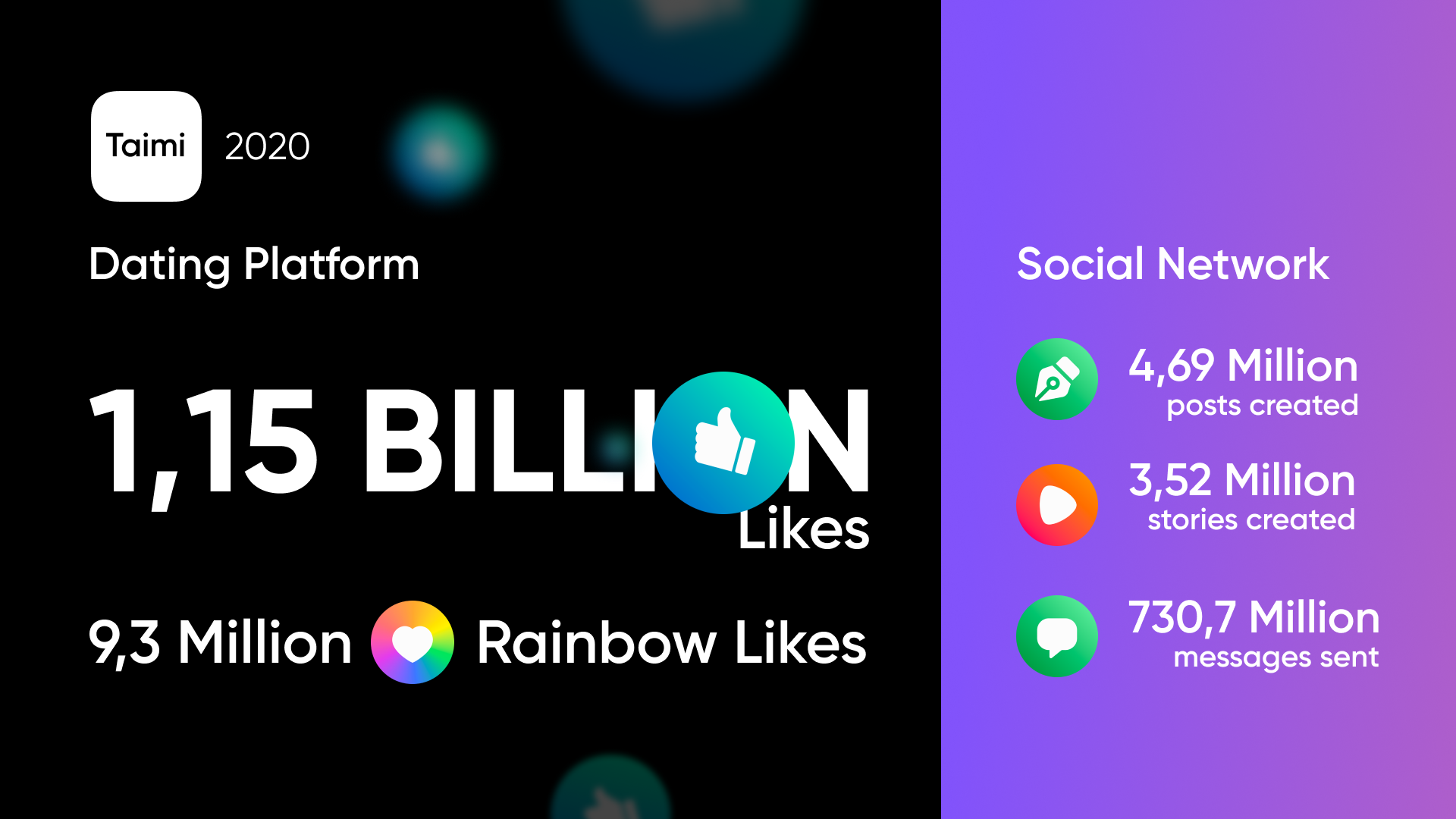 Popular LGBTQ social networking and dating platform Taimi has published a series of information showcasing how much it grew over the last 12 months.

Taimi welcomed approximately 5.5 million new users throughout 2020. The community has more than doubled and will kick off the new year with over 9 million members.

On the dating side of the platform, 1.15 billion ‘Likes’ were sent. This included 9.3 million ‘Rainbow Likes’, a limited in-app currency that shows a user fancies a specific profile more than the rest.

Taimi was initially launched as a dating platform for same-sex male relationships, but pivoted in October 2019 to also act a social media network for everyone who identifies as LGBTQ and straight allies. Over the past year, 4.7 million social posts were created, 3.5 million stories were uploaded and over 730 million messages were sent between connections.

It also introduced live streaming in September in order to keep up with the growing virtual dating trend. During the first few months, 546,000 unique live streams were started, amassing almost 13 million views.

‘Live Duet’ was added in November which allows members of the audience to join the broadcast and speak directly to the streamer. One of its main uses was a speed dating game, where singles chat for a limited amount of time before deciding to ‘Like’ or ‘Next’ each other.

Jake Vygnan, the co-founder of Taimi and Hily, recently appeared on The GDI Podcast to discuss the growth that his two platforms have seen and why Taimi decided to make the jump to also include social connections.