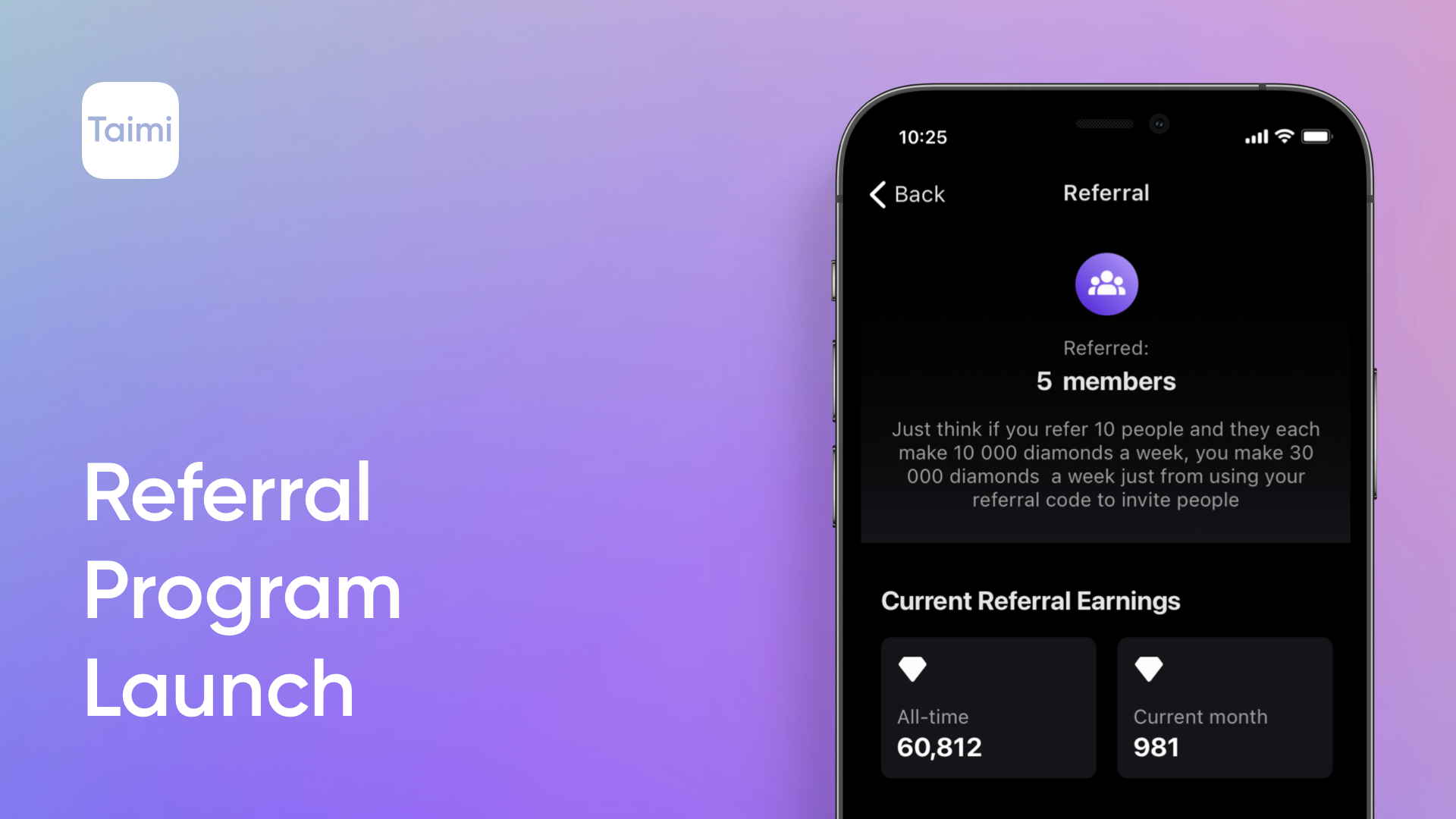 Taimi has introduced a new referral scheme which encourages users to invite their friends to download the LGBTQ social app.

The new process is said to be beneficial for everyone as it acts as a way for people to collect the in-app currency and expand the community with more positive, like-minded individuals.

Current members are now able to distribute a unique link or code to their friends. If someone follows the link and registers, or enters the code after downloading the app, the two profiles will be connected as a means to share the wealth.

The referrer will then collect 30% of the ‘Diamonds’ that their referee receives during live streams. Taimi has made it clear that there will be a one week delay before the second person gets their cut.

Head of Business Development Helen Virt explained in a statement: “We received a lot of suggestions and feedback from Taimi users on how we can upgrade the platform, and a referral system is one of the most mentioned concepts. So, from now on, anyone can invite their friends to download Taimi and receive rewards for their future activity on the platform.

“In 2020, Taimi became the go-to platform for over 5.5 million new users. This year we expect even bigger growth in userbase, and we are more than happy to reward everyone willing to contribute.”

Taimi’s fast growth in 2020 led to it surpassing the 10 million user milestone earlier this month. The recent launch and development of the live streaming feature was a big contributor, with more than one million individual sessions being activated.

It also started a new marketing campaign which celebrated the diversity of users on the platform and showed that everyone in the LGBTQ community was welcome, no matter their background.