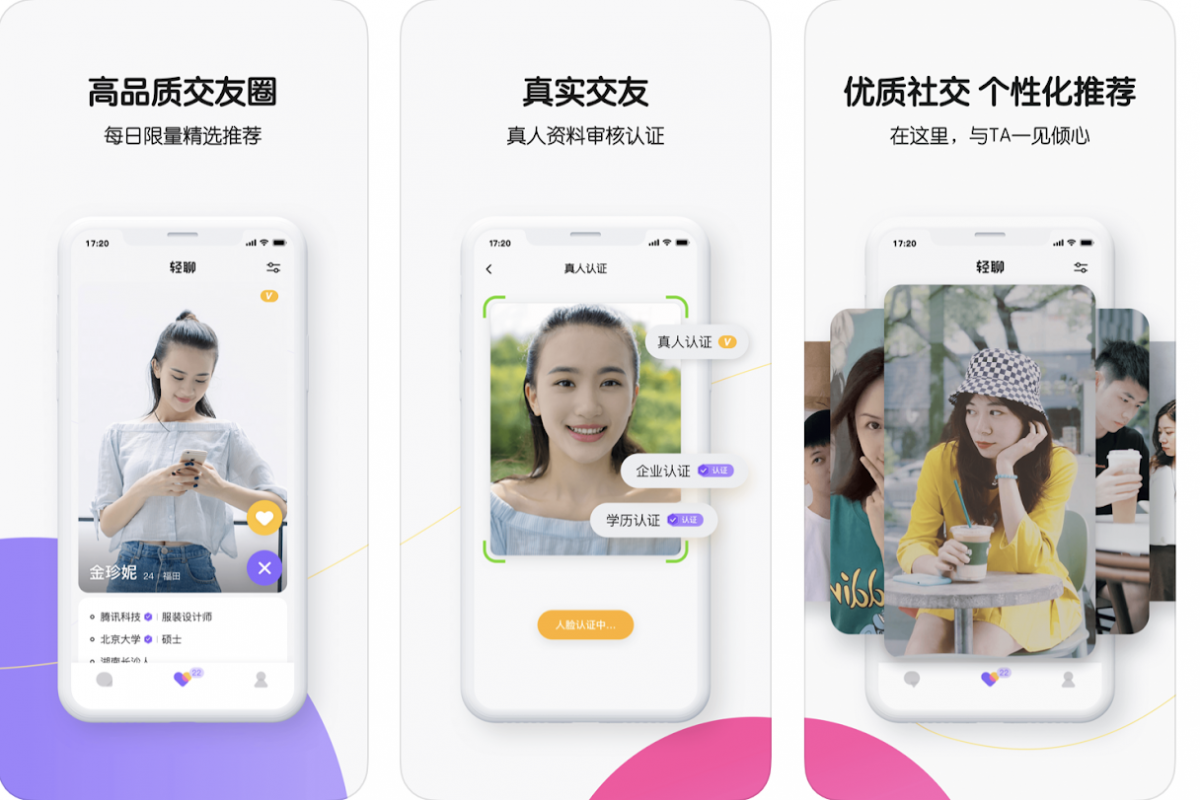 Users tap either a heart or a cross on profiles as they browse. In the event two users react to one another by pressing the heart, a match is made and they can begin a conversation.

Men are shown 15 profiles every 18 hours, while women are shown 22. The figure does not change depending on whether singles like or dislike their prospective partners.

The app puts an emphasis on verifying users, allowing employee cards and student IDs to be used at signup. It is only possible to open a profile with an existing WeChat or QQ account (both are Tencent-owned).

Earlier this month, Tencent unveiled the video-calling dating app ‘Maohu’. There, heterosexual singles can date via 5-minute video conversations, during which their faces are covered by a filter.

The company’s moves towards the dating sector are significant, as it is one of the major tech industry players in APAC. Tencent currently has a market cap of over $400 billion, comparable to Facebook’s $560+ billion.

Its business spans a range of sectors, from TV and film to education and online comics. It is widely regarded as the world’s largest gaming company.

Quingliao offers a similar product to competitor Tantan, owned by livestreaming giant Momo. Tantan has had IP disputes with Tinder in the past.