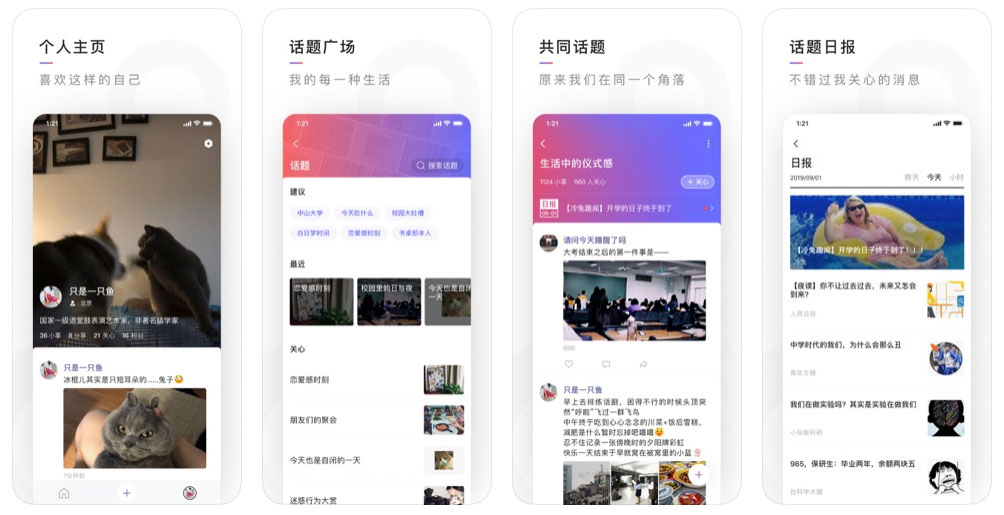 Tencent has released a brand new social networking app, the third launch of its kind this month.

Youji is run like a microblogging platform, allowing users to publish short posts about their day-to-day activities. They can also follow updates from other members about trending topics.

It is currently available for download on Apple’s Chinese App Store, but it only has a limited number of testing spaces for people who have been specifically invited.

Users can sign up with a mobile number or pair their Youji profile with their WeChat account. However, they can’t login with QQ, possibly due to the similarities between the two products.

Maohu is a video dating app that was created by Tencent at the beginning of November. Heterosexual singles are automatically paired for five-minute conversations and both initially have their identity protected by a mask filter.

The man must remove his mask by the end of the chat if he wants to talk the woman again, but she can stay concealed for as long as she wants.

Two weeks later, the holding company unveiled Quingliao, a more traditional dating app where users can swipe through profiles. Men are shown 15 profiles every 18 hours, while women see 22, in an attempt to prevent burnout.

Tencent has invested in producing these platforms after its hold on the Chinese social app market weakened in the past year. Numerous competitors, like Alibaba and Bytedance, have released rival products.