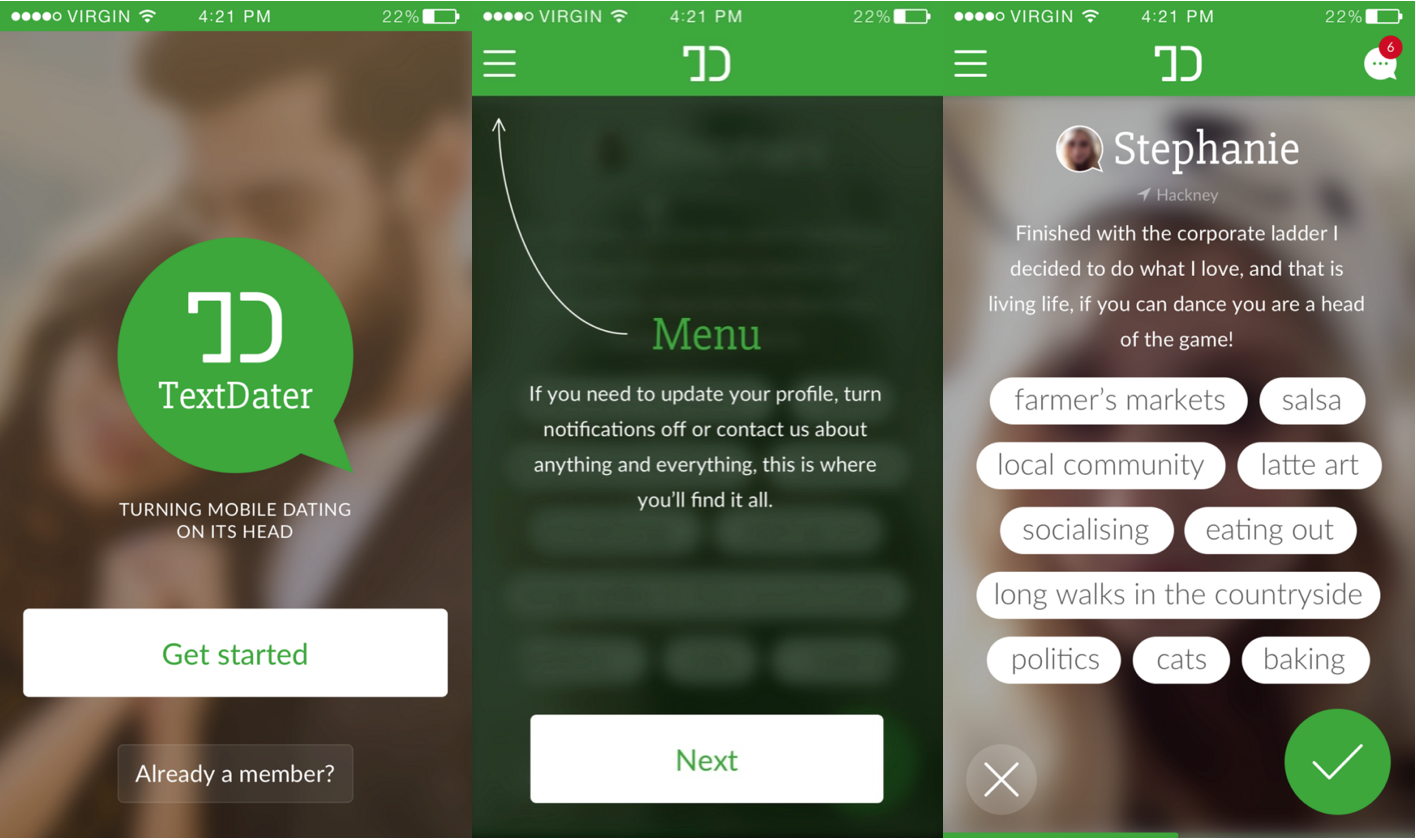 Having launched in 2014, the dating app received its first round of funding from Virgin StartUp Loans, a non-profit company that provides government-backed startup loans for entrepreneurs launching new businesses.

During this process, Textdater had to prove itself under several rounds of “intense scrutiny” before finally securing the funds from Virgin.

Speaking about this investment, Textdater founder Jon Pellington said: “The support from Virgin was a testament to Textdater’s potential success but like all small businesses with big dreams, there was a lot of work that needed to be put in.

“Following a journey of design, beta launches, extensive marketing activity and feedback, TextDater is now ready to be taken to the next level and the Seedr investment scheme will assist with putting it on the map.”

Textdater the app aims to connect daters over their similarities & interests, rather than focusing on looks like many of today’s biggest mobile dating apps.

Singles must first write a quick bio about themselves, then list as many different interests, keywords and phrases to give a window into their personality.

Other users browse through these interest-based profiles and like or dislike based on what they see, and if both members like one another, they can choose to swap pictures at a later date.

Speaking about the product, founder Jon Pellington said: “Many people say that they want to meet someone for their personality and Textdater makes this the real initial attraction. It takes a little thought to write a tweet-like introduction, and to show off your interests and personality by being clever with your words.

“Pictures are important, and we encourage members to upload a good profile picture. But pictures are not available until you have made contact and enter into a conversation. At that point when both members are ready, they have the option to swap pictures.”

If the company raises the funding, Pellington plans to use the investment to release an Android version of the app, boost its marketing across all channels and refine the app’s design.

Check out the crowdfunding campaign here, and read our interview with Pellington here.