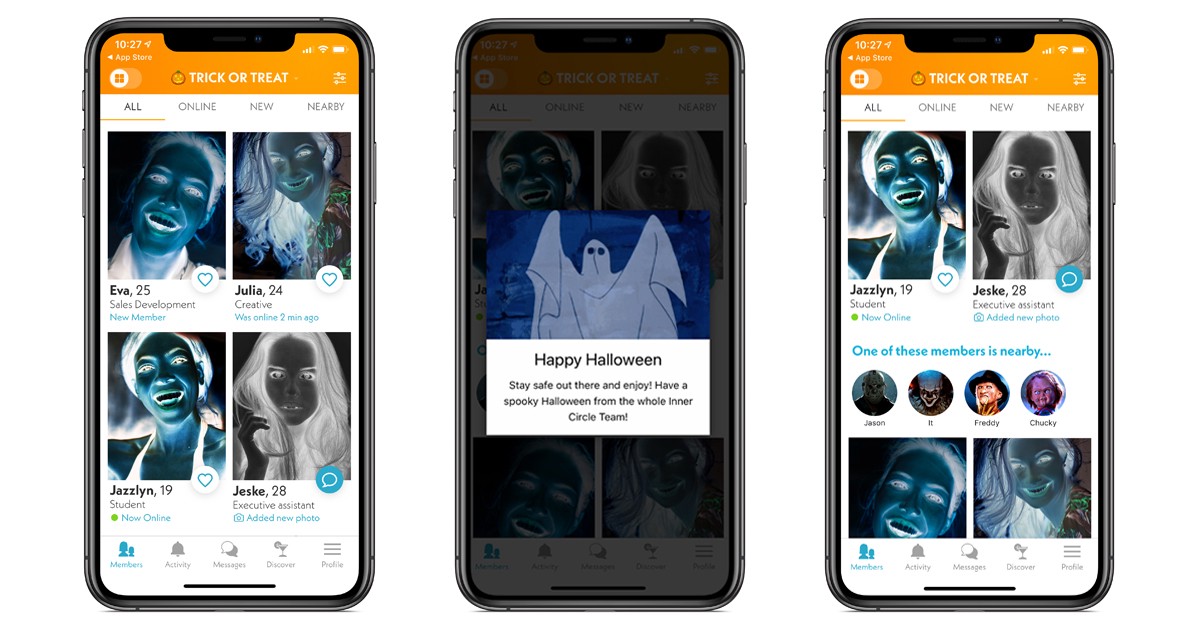 The Inner Circle transformed its user interface for 24 hours for a Halloween celebration this Wednesday.

All of the pictures on every profile were edited with the negative effect to make them appear darker and more haunting.

In an additional effort to scare its members, The Inner Circle suggested some special profiles that were nearby – including Pennywise, Freddy Krueger and Chucky.

The exclusive dating app rebranded as the “scariest dating app” for the day.

A statement explained that the special promotion was run because there is a connection between fear and arousal.

A spokesperson said: “It’s a documented fact that there is a legitimate psychological link between being scared and being aroused.

“[Halloween] is the perfect day to give yourself a little scare, and fall in love at the same time. To help you find the fright of your love life, we will be showing our members in another light.”

Grindr encouraged people on Twitter to post their Grindr-themed Halloween costumes, saying the app would retweet the best.

On Tuesday, The Inner Cirle’s CEO David Vermeulen was invited to sound the gong to signal the opening of the Amsterdam Stock Exchange. The event was in celebration of the premium platform winning the Deloitte Fast 500, after growing 3460% in the past four years.