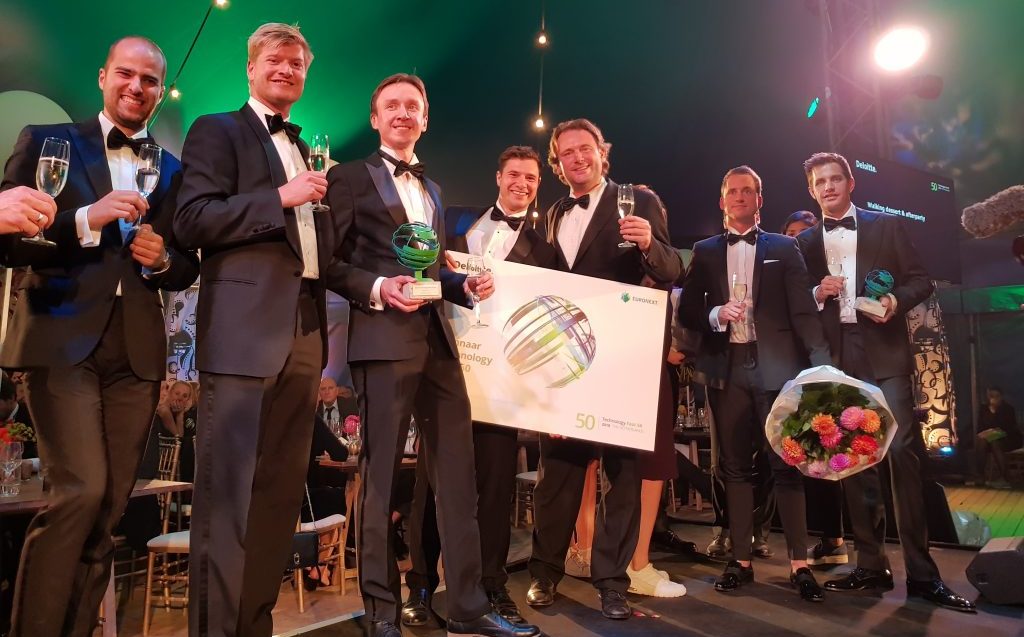 The Inner Circle has won the 19th Deloitte Technology Fast 50 in The Netherlands after a four-year growth of 3460%.

The elite dating platform beat out Speakap, a Slack-style interface for teams in retail sectors, and Sendcloud, a shipping tool, to claim the #1 spot.

Last month, the app launched in Australia. It admitted 12,000 members ahead of its launch party in Sydney, leaving over 30,000 on the waiting list.

The Inner Circle crossed the 1 million members mark earlier this year, and led the canal parade at Dutch Pride celebrations in August.

CEO David Vermeulen joked to the Amsterdam crowd last night: “Most of you here would not even pass through our process!”

The awards, which recognise the fastest growing technology companies in The Netherlands, were given out at a gala dinner hosted at the Thuishaven Festival site.

The winner for EMEA last year was Deliveroo, which boasted 107,117% growth. Nominations for the 2018 EMEA awards are now closed.