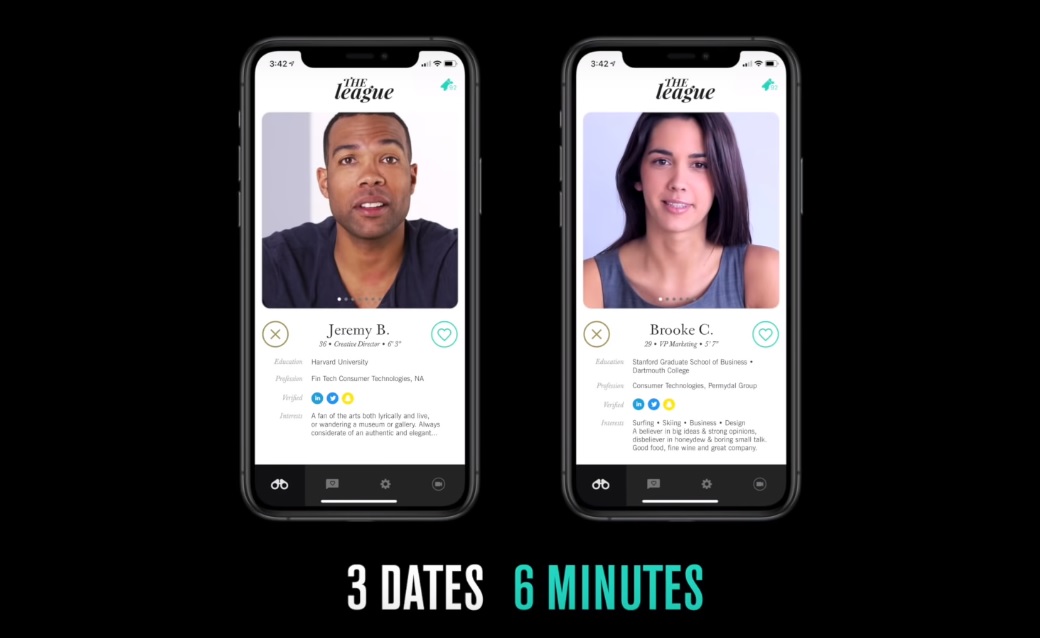 Every Sunday at 9pm, beginning on the 1st, singles will be able to opt-in for automatic pairing based on preferences and location. They can then meet three suitors for short conversations, during or after which they will have the opportunity to match.

Speaking to The Verge, CEO Amanda Bradford explained that the feature allows users to get to know one another ahead of a potential first date.

She claimed that it worked particularly well outside of the largest US metropolitan areas in beta, as singles in smaller urban centres often needed to invest significant amounts of time travelling to first dates. With Live, these same users are able to screen prospects ahead of a meetup.

At launch, the Live interface will be available to both free users and those with premium accounts. Users with a low ‘League Score’ (an index measure which factors in activity, in-app behaviour and profile completeness) may not be eligible, however.

“2020 is the year of authenticity, which is why we built League Live, the only functionality in any dating app that emulates meeting randomly in real life, but within a protected environment with verified users,” said Bradford.

“The League has the best dating pool and I believe we have a real shot to unseat Bumble, Tinder and Hinge with our innovative speed-dating approach.”

The entrepreneur added that user behaviour has been positive so far, and that there have been no issues around nudity or other inappropriate content.

She credits The League’s curated user base as the reason for this, suggesting that larger apps may struggle to implement video because of moderation difficulties.