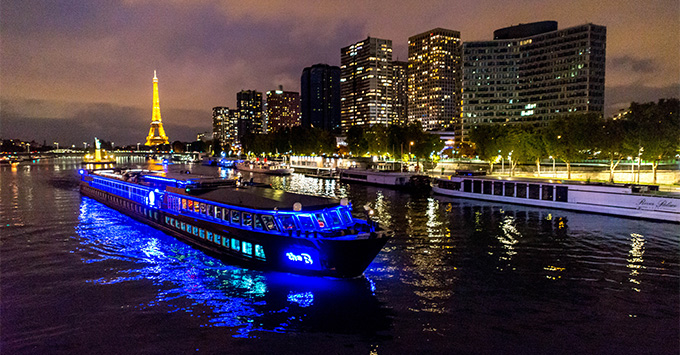 Earlier this month, The League took 70 of its users on a week-long cruise along the Seine in Paris.

Over 5,000 members of the elite dating site applied for the trip, and the lucky finalists were meticulously hand-selected by The League’s team. This was to make sure that the selection of passengers was diverse and everyone on board had an equal number of compatible prospects.

The event was in collaboration with the company U by Uniworld, which provided the 120-person, matte black boat.

The League hosts several invite-only events for its guests. Last year, it took two groups of members on ski trips.

Amanda Bradford, founder and CEO, told the Evening Standard: “Offline experiences arranged and facilitated by online interaction is the future of dating. People are going to go on fewer and fewer dates – they’re going to sign up for activities they’re passionate about while connecting with other singles.”

The guests were entertained by a host of activities and day trips, which included yoga, hiking and a range of specialist dating games. There were also parties on board the boat and, on some evenings, the passengers ventured on-land to visit bars and nightclubs.

If people wanted to spend some alone time with another guest, there was designated free time for more formal dates.

The whole event was organised to celebrate The League’s upcoming launch in the French capital, which is scheduled to happen at some point in September.