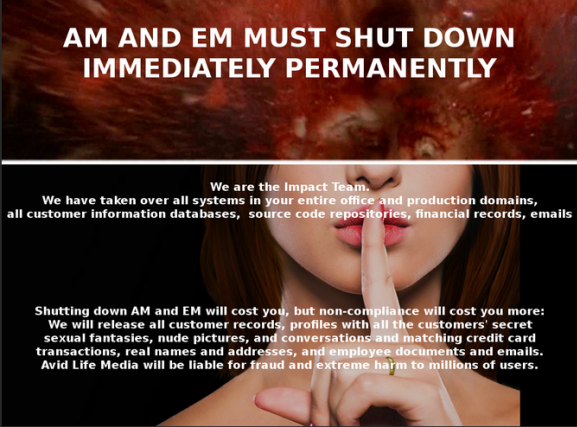 As we already know, in the wake of the Ashley Madison hack, some of its former users were sent blackmail messages, which threatened to expose them unless they coughed up thousands of pounds.

In July, the adultery site was breached by a group of hackers, who subsequently released the personal information of its 33m users onto the dark web.

The leaked information included the names, email addresses and credit card details of Ashley Madison users, as well as emails exchanged between the site’s executives.

After this, numerous Ashley Madison users reported they had received emails from blackmailers demanding money in exchange for their membership to remain a secret.

Five months later, this is still going on, but members are now receiving much more personalised letters to their homes.

And now, security researcher Graham Cluley has got hold of one of these letters, which was sent in by a reader of his blog.

The letter, which you can see below, sees the extortionist ask for $2,000 in Bitcoin, and if the Ashley Madison member doesn’t pay in 10 days, the blackmailer threatens to expose the user to his friends, family and colleagues.

Check out the letter below: