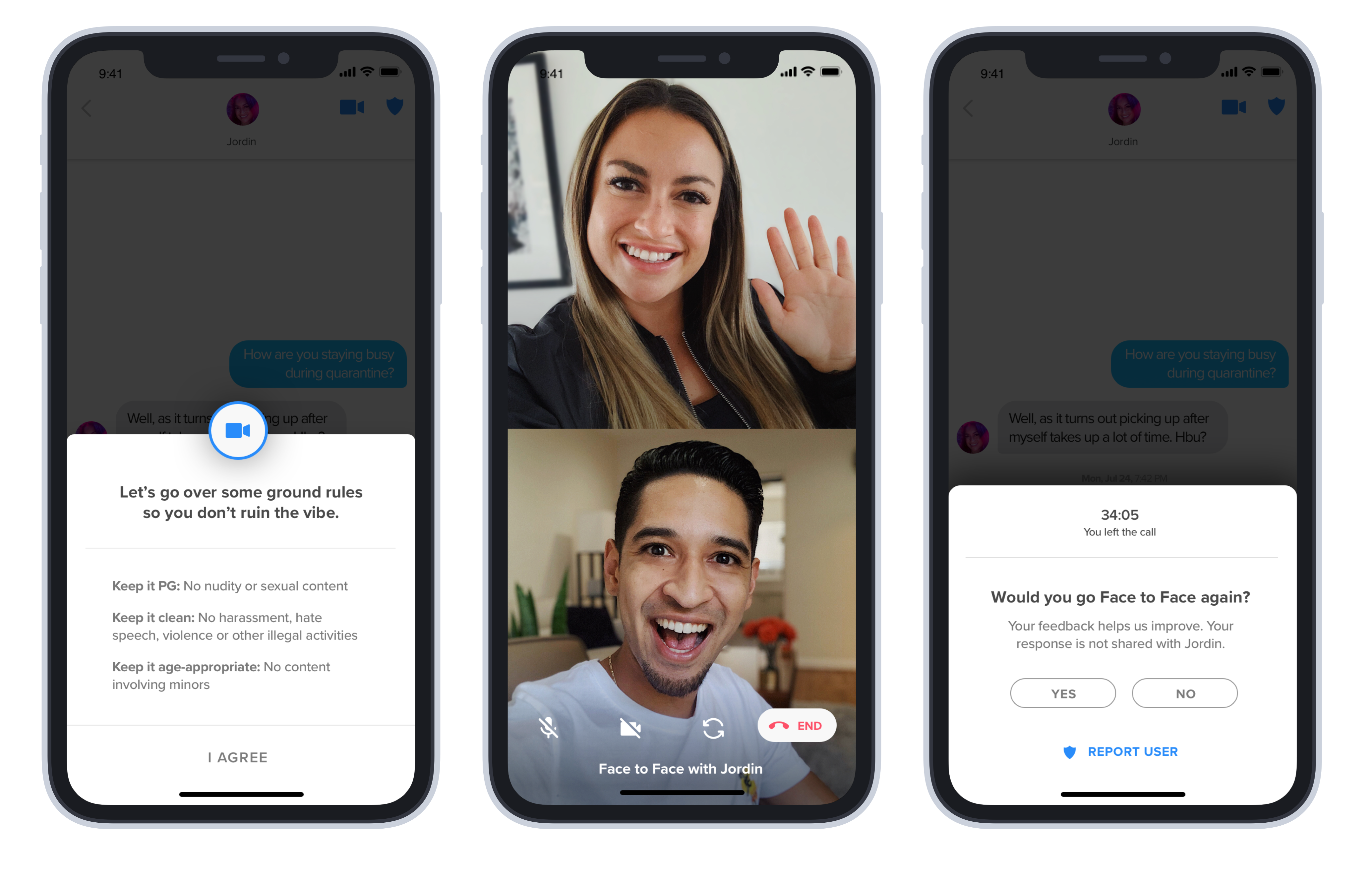 Tinder is beginning to roll out its new video calling feature in international markets, as well as selected states in the US.

‘Face to Face’ was developed by the dating app’s ‘Trust and Safety’ team to ensure users had a level of comfort and control that makes the process of meeting new people easier.

Both participants take up 50% of the screen in a design choice that is largely unique to the rest of the industry. Tinder says this is because it helps people make sure they are “putting [their] best face forward” when talking to a match.

Video is only available on a match-by-match basis and calls are initiated after both individuals have opted in. Once they have engaged in a text conversation and feel at ease they can both tap the video icon and begin a call.

Singles can also completely turn the feature off in their settings, if they don’t want to have a video call with anyone at a certain time.

Finally, both participants must agree to Tinder’s ground rules before the call and they have the option to provide feedback once it has concluded. This will help moderators quickly block any bad actors.

Tinder’s Head of Trust and Safety Products Rory Kozoll told TechCrunch: “Connecting face-to-face is more important than ever, and our video chat feature represents a new way for people to get to know one another in-app no matter their physical distance.

“Face to Face prioritizes control to help our members feel more comfortable taking this next step in chats if and when it feels right for them. We’ve built a solid foundation, and look forward to learning from this test over the coming weeks.”

The feature is currently available in Brazil, Australia, Spain, Italy, France, Vietnam, Indonesia, South Korea, Taiwan, Thailand, Peru and Chile. It is also testing in Virginia, Colorado, Illinois and Georgia in the US.

A survey of approximately 5,000 members found that 40% of Gen Z want to continue using video as a way to test compatibility before meeting offline, even if date venues are open again.

Tinder is also testing a live video trivia game that will pit users against each other in a quiz, while also giving them the chance to make new connections through an integrated chat feature.