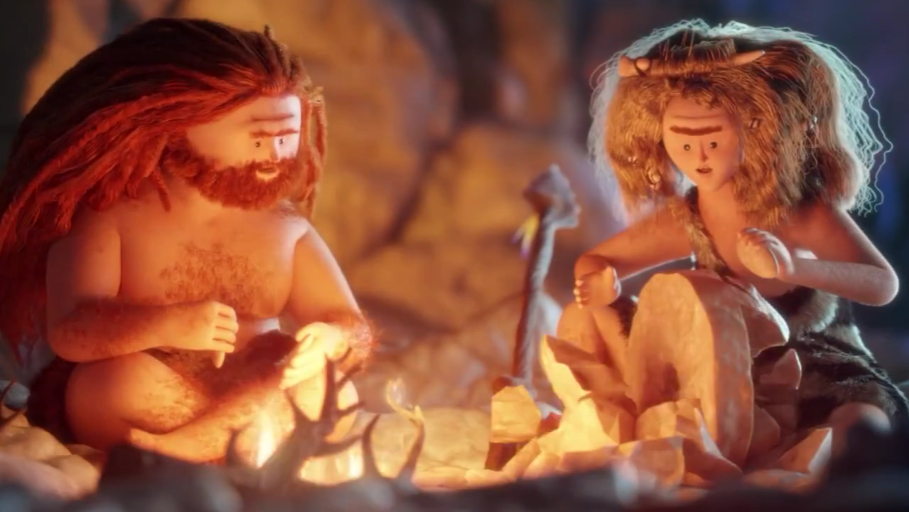 Tinder is set to release a new advertisement depicting the ‘history of dating’ in a range of markets. The ad is already live in South Korea.

Production company Buck have collaborated with the dating giant to produce the short animation, which begins by showing a naked caveman.

The voiceover notes how the caveman was “alone” until, one day, he met “another someone”.

The man and woman discover fire and the wheel simultaneously, share their belongings and relax together in the animation.

The voiceover then states that dating got more complicated – people made up arbitrary rules about “who could be together” and who couldn’t.

The ad shows quick snippets of a royal family turning away a keen bachelor, two tribes exchanging livestock for a forced marriage, and two gay men being refused a wedding.

It then cuts to a modern man waking up naked (a callback to the caveman) and loading up Tinder – the voiceover says people “started to make their own decisions again”.

He swipes on a woman and meets her for a date in a bar. The animation pans around the bar showing a diverse range of daters, with the narrator saying “getting together was fun again”.

It finishes with the voiceover saying “we don’t know what happened next, but we’re pretty sure it kept getting better” as the Tinder logo fades in into the centre of the screen.

Ryan Honey, executive creative director at Buck, said of the production: “They wanted to create a brand spot that shed a bit of a different light on Tinder and was more about people coming together. It’s more about this history of relationships throughout mankind.”